Seven hijackings in the Bay within 24 hours

Between Tuesday afternoon and Wednesday midday, seven vehicles were hijacked - six of them recovered 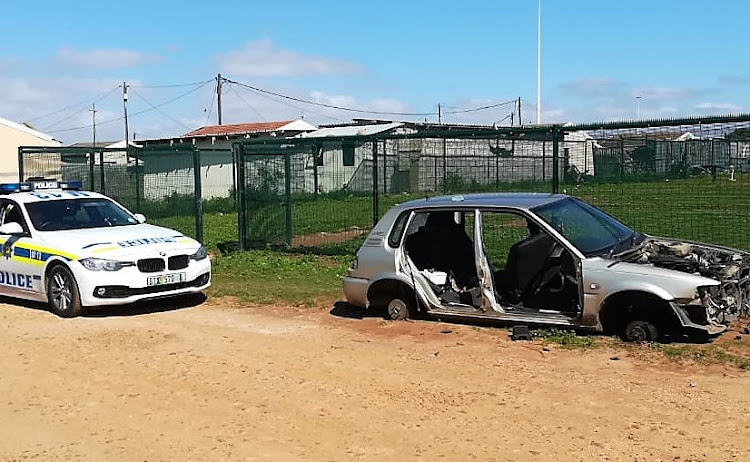 One of the hijacked cars was found stripped in New Brighton on Wednesday morning
Image: Supplied by SAPS

Seven vehicles, including delivery trucks, were hijacked in Nelson Mandela Bay over a 24 hour period.

By midday on Wednesday six of the vehicles had been recovered, one of them stripped bare.

Of the seven hijackings, three were hijacked on Tuesday and four on Wednesday, but all had been recovered on Wednesday.

These include Toyota Corollas, delivery bakkies and a 7-ton truck.

This comes only a day after the police crime statistics were released.

The latest crime statistics show that on average 23 cars are stolen and 12 hijackings occur each week in the metro.

In one of the recoveries, two men were caught red-handed stripping a Toyota Tazz parked in Dubula Street, New Brighton.

All four car doors, as well as three tyres, had already been removed.

Other stolen parts included the seats, the bonnet, the boot, bumper, engine parts and battery. 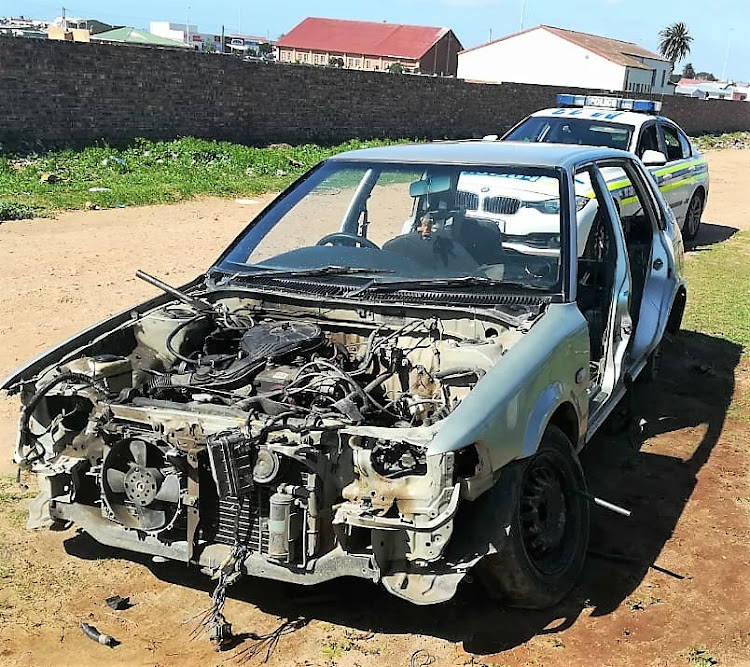 The Toyota Tazz that was hijacked was found stripped
Image: Supplied by SAPS

According to police, all seven hijacking’s involved at least two hijackers – some armed with knives and others with firearms.

Police spokesman Captain Andre Beetge said it was doubtful the hijackings were linked as some occurred at about the same time, in different suburbs.

“While all the hijackings were committed by two or three suspects, they happened in different areas. It is unlikely that they are linked however detectives will investigate all possibilities including if they are linked to the same gang,” Beetge added.

The Tazz had been hijacked in Johnson Road, Zwide on Tuesday.

“By 10:30am on Wednesday, the vehicle was found in New Brighton. It had been completely stripped,” he said.

“Two suspects were however arrested while removing parts from the car.”

Also at about the same time, a Toyota Corolla, was recovered abandoned in Vani Street, Motherwell.

“The Corolla had been reported hijacked in Zwide at about 9pm on Tuesday,” Beetge said.

By 11:30am on Wednesday, police had recovered another hijacked Corolla standing abandoned near Bafana Street, Soweto-On-Sea.

“This vehicle had been hijacked also at about 9pm on Tuesday along the Addo Road in Wells Estate,” Beetge added.

At about 8:30am on Wednesday, a jikeleza driver was hijacked in Soweto-on-Sea.

“Three men stopped the jikeleza and held the driver at knife point while forcing him out of the vehicle. The driver was stabbed, not seriously, and taken to hospital. The suspects fled with the Opel Monza after forcing the driver out of the car,” Beetge said. 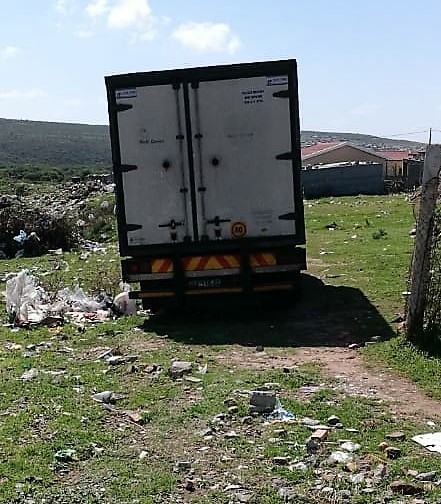 A truck was among the vehicles hijacked on Wednesday. The stock had been stolen
Image: Supplied by SAPS

By afternoon, the Opel Monza had not been recovered.

At about 10:30am on Wednesday, a truck transporting fruit and vegetables was hijacked in Ntshekisa road, New Brighton, while doing deliveries.

“An hour after the hijacking, the truck was recovered abandoned in Duka Street, Bloemendale,” he said.

All the stock had been taken.

By 11am, a bakkie had been hijacked outside the Daku Shoprite in Kwazakhele.

“Within 10 minutes, the vehicle was [found] abandoned in Single Man's Quarters in New Brighton,” Beetge said.

By midday, a Nissan delivery bakkie had been hijacked in Volkwyn Street, Bethelsdorp.

“The bakkie was driven by the suspects but then abandoned about 100m down the road. The hijackers off loaded the stock, which [included] several cellphones, into their getaway vehicle. Within 15 minutes, the getaway vehicle was found abandoned in a side street in Kwadwesi.

“ It appears the suspects did not have time to off load the goods and all the cellphones were all found back in the abandoned vehicle,” Beetge said.

Most of the vehicles were sent for forensic analysis for investigation.

“Our teams are combing through the vehicles to determine if we can identify the suspects involved,” he said.

All the hijacking cases were taken over by the specialist anti-hijacking task team.