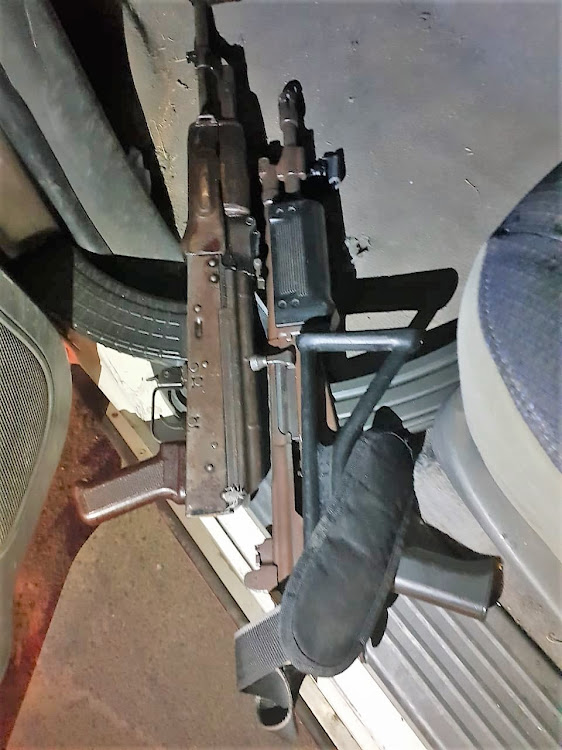 Two assault rifles were recovered after a high-speed chase and shootout between cash-in-transit robbers and members of the Western Cape police
Image: Supplied

Two suspected cash-in-transit robbers were arrested after allegedly stealing a police vehicle following a heist in Klapmuts in the Western Cape on Monday evening.

National police spokesperson Brigadier Vishnu Naidoo said the armored vehicle was ambushed by a gang of heavily armed men at about 6pm.

“The suspects stole an undisclosed amount of cash and fled on the R44, but as they reached Cloetesville, they were cornered by members of the police who were responding to the robbery.

"A shoot-out ensued with the suspects abandoning their vehicle in front of the Cloetesville police station and jumping into a police van before speeding off,” he said.

“During the high-speed pursuit that followed, the suspects lost control of the police vehicle and crashed. 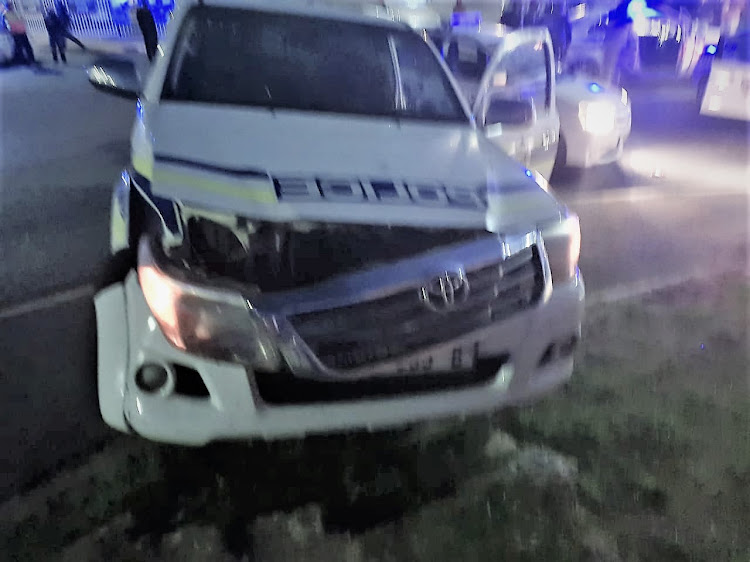 The police vehicle that was stolen and crashed by the armed robbers
Image: Supplied

"They abandoned the damaged police vehicle and continued to flee on foot in different directions. Police managed to track down two of the suspects, aged 37 and 43, who are now in custody.”

Naidoo said a search for the other suspects is under way.

National police commissioner General Khehla John Sitole said a 72-hour activation plan had been implemented in an effort to apprehend the remaining suspects.

“In the meantime, police have also recovered two assault rifles, a revolver and a bag with money.

"Two police vans were damaged but fortunately our police officers escaped unscathed and no  injuries have been reported at this stage,” he said.

Sitole said the gang hijacked a Toyota Fortuner to use as a getaway vehicle during the cash-in-transit heist. 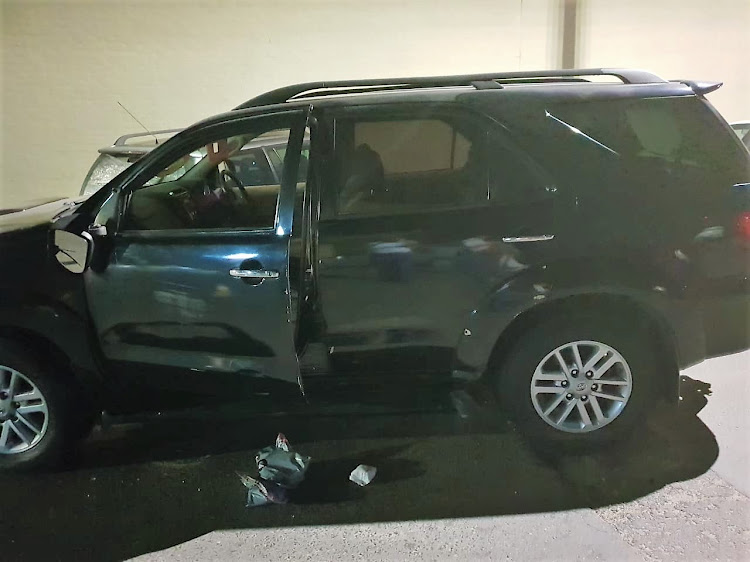 The Toyota Fortuner was initially used as getaway vehicle after the heist
Image: Supplied

"The commitment displayed by our members tonight is a reflection of the commitment of the South African Police Service as a whole.

"This, to ensure that people cannot commit heinous crimes and expect to get away with it,” he said.