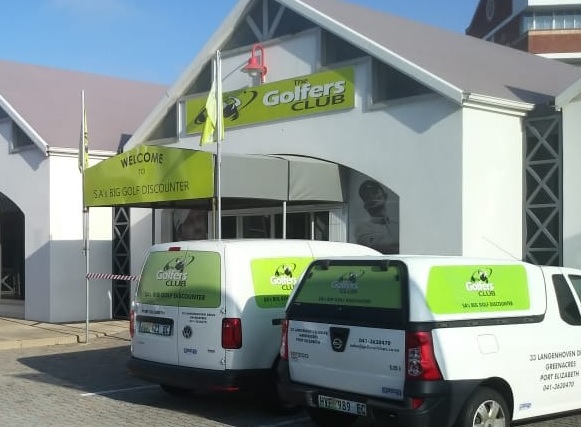 The Golfers Club in CJ Langenhoven Street in Newton Park was robbed at 3pm on April 11.

“One of the men browsing the store then produced a firearm and threatened the staff.

"At that stage, another three men entered the store and proceeded to tie up the staff," she said.

"Several golf shirts, shoes, caps and other clothing to the value of about R650,000 was stolen, as well as money.”

Naidu said the suspects fled the scene in a VW Caddy.

She said at about 2am on Tuesday, police raided a house in Govan Mbeki Township, near Kwazakhele after receiving a tip-off regarding the location of the suspects.

“The house was searched and suspected stolen items, which included golf shirts, shoes, caps and pants, as well as a loaded revolver, was confiscated.”

A 20-year-old man was arrested at the house.

By 6am, the police raided another house in Connacher Street, New Brighton where more suspected stolen goods from the robbery were recovered.

“A 33-year-old male was arrested and detained on charges of possession of suspected stolen property and business robbery,” Naidu said.

In another raid on Monday, police arrested a 58-year-old grandmother and her 18-year-old grandson at a New Brighton tavern where several other suspected stolen items were found.

“Police also searched the adjoining house and tavern during the raid. Nothing was found inside the house, but about 10 laptops, as well as golfing apparel and other items, were found hidden inside the tavern.

“At this stage, detectives are trying to link the two suspects to the robbery,  but for now they have been arrested on possession of stolen property,” she said.

Naidu said a search is still under way for the other three robbers.