Eight die in Port Elizabeth gang violence in May

Four people killed since Saturday in series of gang-related killings 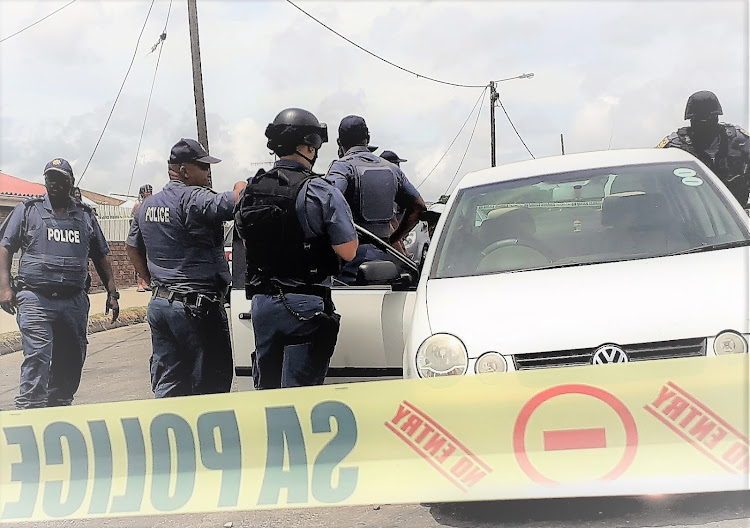 Port Elizabeth police have increase their presence in the northern areas following a series of shootings in which four people died at the weekend
Image: File pic

Eight people have been killed, some of them teenagers, and more than 10 injured in what appears to be a series of gang-related killings in Port Elizabeth’s northern areas over the past three weeks.

The latest shooting saw Sergio Moss, 28, killed in a car at about 5am on Monday morning.

Over the past weekend, at least five people were killed and four injured in a string of gang-related shootings that led to police beefing up their presence.

Since Saturday, police have recovered eight stolen firearms in the northern areas - with five recovered on Monday morning.

While the reasons for the spike in gang shooting remains unknown, detectives are scurrying for answers in a bid to prevent the body count from rising.

Various angles are being investigated including an escalation in gang-related hit murders to a possible turf war.

Moss was found in the back seat of an old car with two gunshot wounds to the face.

Naidu said Moss slept in the car, which was parked in the yard of a house.

“According to his family, he was a drug addict. The reason for the shooting remains unknown,” she said.

“People were woken by the gun shots and they found him dead inside the car a short while later.”

Moss's murder comes after Damian Koesnell, 28, was gunned down at the corner of Yellowwood and Harrington streets in Arcadia at about 7pm on Sunday.

“At this stage, it appears that he was walking to the nearby shops when he was shot and killed. It is unclear who shot him or why. According to residents, they heard several gunshots and later found the deceased [Koesnell] lying in the street,” Naidu said.

At about 3.40pm on Saturday, the body of Virquel Koegana, 27,  was found lying in Basson Street in Bloemendal.

Less than an hour later, Jacques Roberts, 24, was found dead in Velocia Street, Bethelsdorp. By 7.45pm, Jonathan Jacobs, 27, had been shot in the same street and died en route to hospital.

Due to the recent spate of shootings, Naidu said the police presence in thee area had been upped while the police's top brass were arranging strategies to try and stop the killings.

Since Friday, police have located and confiscated eight stolen firearms.

Naidu said that some of the guns were reportedly stolen as far back as 1998 and as recently as this year.

The guns were stolen in Nelson Mandela Bay and East London.

“All the firearms have been sent for ballistic testing to establish if they are linked to any of the recent gang shootings,” she said.

In addition to the recovered firearms, officials arrested seven suspects in connection with the illegal possession of the weapons.

Last Thursday, Luciano Hendricks, 15, was killed and a man injured in a shooting in Gail Road, which is close to the Gelvandale police station.

According to police, the two gunmen – who were wearing school uniform – opened fire on a car parked in the street.

On Sunday May 6, Tyrique Cornelius, 16, was shot dead while his 18-year-old friend was shot in the chest.

On April 30, also on a Sunday, Keenan Visagie, 18, was killed and one of the two 19-year-olds who had been with him at the time, were wounded in what is thought to have been an ambush by a rival gang in a field in Briton Crescent, Bethelsdorp.

Hours after Visagie was gunned down, a 38-year-old, believed to be a member of the Boomshaka gang, was shot and wounded.