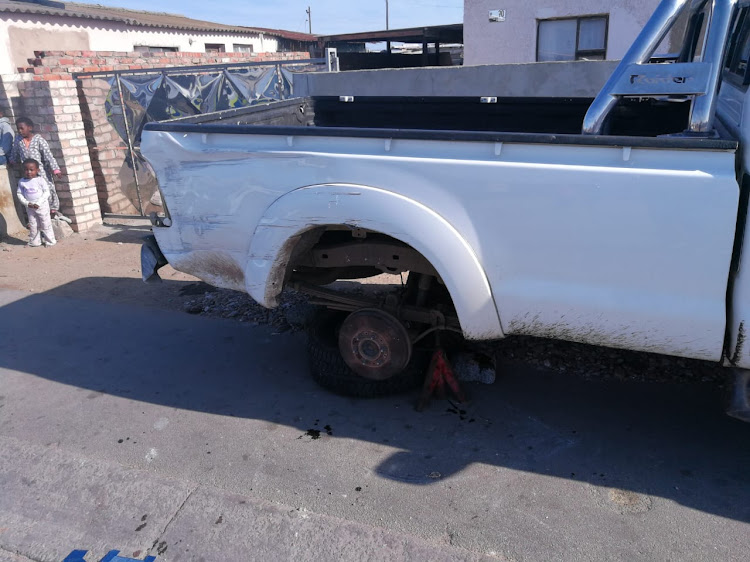 A stolen bakkie from Storms River was found in New Brighton on Wednesday.
Image: Supplied

A bakkie stolen during an armed robbery in Storms River on Sunday has been found abandoned in Port Elizabeth.

Police spokesman Captain Andre Beetge said the bakkie was stolen during a robbery of a small shop in the informal settlement that borders the town.

“The suspects fled in the vehicle and it was later established that the bakkie was in Port Elizabeth. The tracking company as well as the K9 Unit located the bakkie.”

Beetge said the bakkie was found in Avenue C, New Brighton, at about midday on Wednesday.

“One of the wheels of the bakkie was stolen and there was some damage to the body of the vehicle,” he said.

“The bakkie was abandoned and none of the stolen items found inside.”

Beetge said forensic experts would comb the vehicle for clues.

No arrests have yet been made.

A case of hijacking and armed robbery is under investigation.