One shot, another stabbed in Kwazakhele 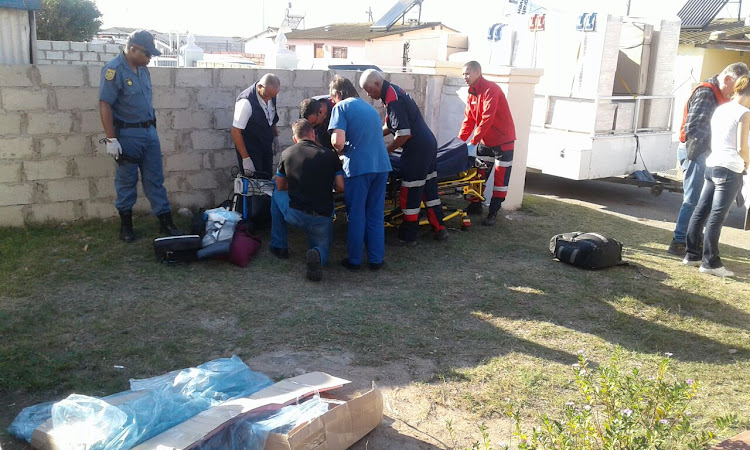 Medics treat a man who was shot four times during a suspected botched robbery
Image: Supplied

Five men attacked a group of people who were offloading furniture at a house in Ngwendu Street, Kwazakhele on Wednesday morning.

One of the people was shot four times while another was stabbed in the arm before the suspects ran away.

Police on the scene said three men and two women arrived at a house in  Ngwendu Street with a bakkie and trailer loaded with furniture as part of a delivery contract with the JD Group. 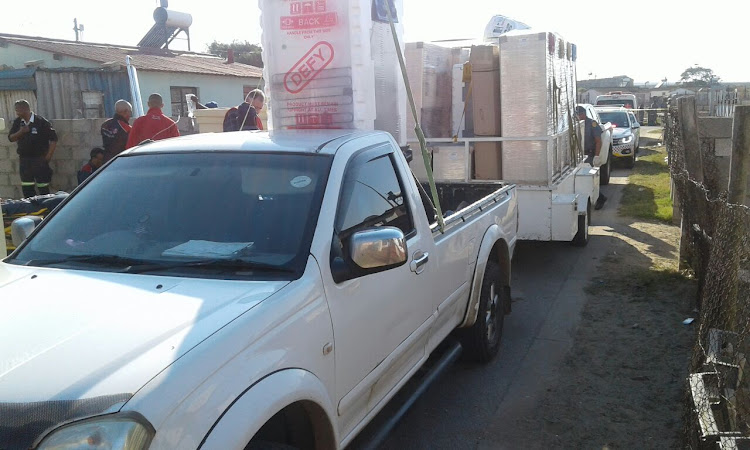 Five men attacked a group of people who were off loading furniture at a house in Ngwendu Street, Kwazekele, on Wednesday morning.
Image: Supplied

The two women were the daughter and wife of the man who was in charge of  the paperwork relating to deliveries.

Police spokesman Captain Andre Beetge said five men ran up with guns while the furniture was being offloaded.

“It is alleged that five unknown men charged at the group who were delivering the furniture. At that stage, the owner of the house was assisting one of the men. They were carrying a couch into the house,” he said.

“When they spotted the suspects running at them, the two men carrying the couch dropped it and ran inside. Most of the other people were already inside the house doing the paperwork.”

Beetge said one of the delivery company personnel had a firearm with him and stayed outside when the men charged at him.

"The 41-year-old man was shot multiple times in the upper body. During the incident a 48-year-old neighbour was also stabbed in the arm,” he said.

“The suspects then fled on foot. Nothing was stolen or taken in the attack.”

Beetge said the motive initially could have been hijacking or robbery and when the men encountered resistance they retaliated and fled empty handed.

“The only details on hand are what was heard by the owner and the other workers who were inside the house,” he said.

The injured man was rushed to hospital in a critical condition.

A case of attempted murder is under investigation.