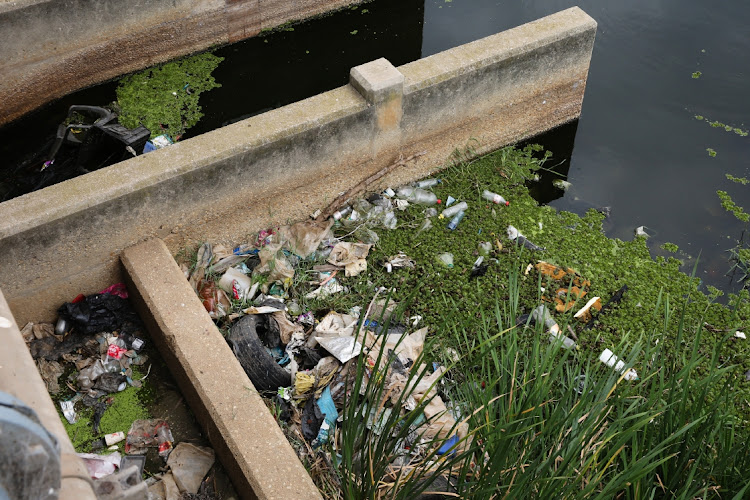 CLOGGED UP: The Swartkops River at the Niven Bridge is heavily polluted with lots of plastic, chairs, tyres and a mattress found in the river
Image: WERNER HILLS

An ongoing, long-standing problem which has reached crisis level.

That sums up Nelson Mandela Bay’s Swartkops Estuary, where sewage pollution and harmful algal bloom, which strips oxygen out of the water as it decays, is on the rise again.

On Behind the Herald Headlines with Daron Mann this week, we speak to Strydom and Zwartkops Trust spokesperson Jenny Rump.

A fresh wave of sewage poured into the Swartkops Estuary at the weekend, killing thousands of fish and crabs and almost putting the skids on a major ...
News
1 month ago

Dangerous levels of bacteria have been picked up in Nelson Mandela Bay rivers with the popular Swartkops recording E. coli — faecal matter from ...
News
2 months ago

Sewage is still flowing strongly down the Markman Canal into the Swartkops Estuary.
Your Weekend
5 months ago