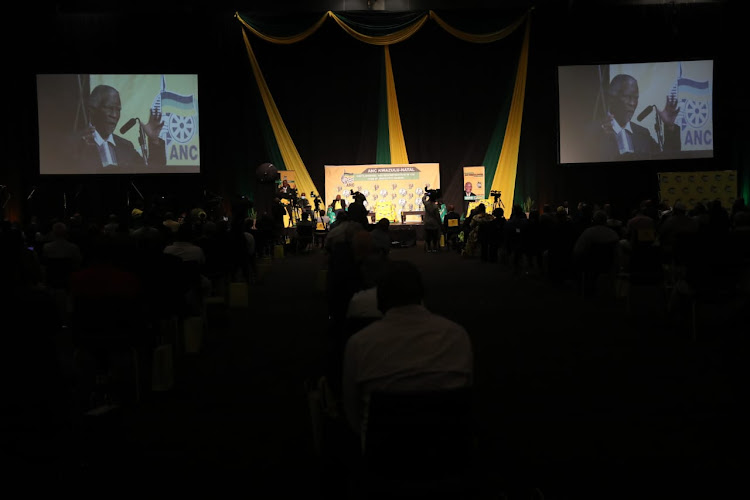 Former president Thabo Mbeki has linked the July riots which threatened the stability of South Africa to a conceited effort that has been attempting to derail the democratic project during the past two administrations.

To illustrate his point, Mbeki referenced the Nugent Commission of Inquiry which investigated governance and integrity at the SA Revenue Service (SARS).

“Take the Nugent Commission, [which probed] one of the extraordinary example of a process in place to destroy SARS, that accounts for 98% of government revenue.

“If it had succeeded, South Africa would have collapsed, so we should answer who this person is who wants SA destroyed,” said Mbeki.

He asserted that his views were legitimate concerns because for the Nugent Commission to take place, the project of destroying SA was succeeding, proof of which was SARS revenue declining every year.

The former president was addressing the business community and other government social partners in Durban on Thursday.

Durban was one of the chief targets during the July riots and looting. He described what took place in the metro as a terrible time engineered by people who had a particular political agenda, adding that it was deliberate.

“Those people wanted to incite racial conflict, those who were responsible, I wouldn't be surprised if they were also involved in ensuring that the deaths take place,” he explained.

Mbeki warned those gathered to listen to him, including political leaders, civil society and business not to ignore that there are people who do not want SA's democracy to succeed.

“They are racially divisive, so let us unite to make sure that we fish our country out of crisis,” he added. 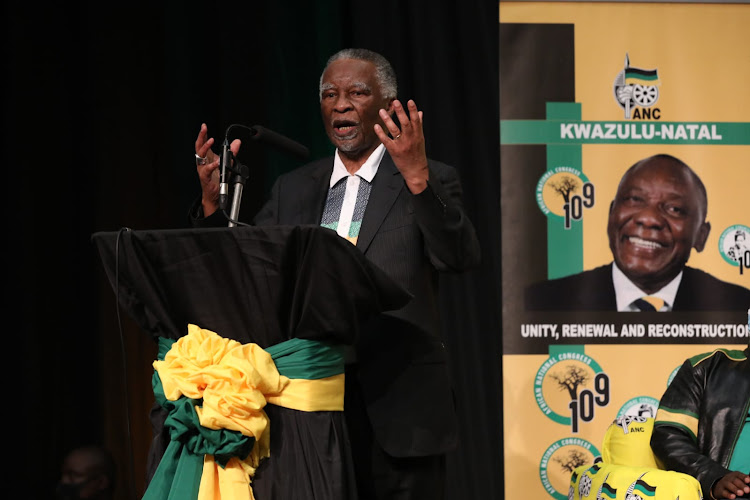 Despite the crisis, it was not all doom and gloom from the former president - he shared his belief that South Africa understands that the leadership of president Cyril Ramaphosa is well on its way to recovery, both economically and politically, through the governing ANC.

Mbeki revealed that he was so impressed by president Ramaphosa's economic reconstruction and recovery plan that he “stood up at home and gave Ramaphosa a standing ovation”.

“Ramaphosa said in parliament that social partners came together and agreed on a commitment for economic reconstruction and it's a very good vision of what we need to do for this country to work.

“Business gave practical meaning to that vision - it was translated into a plan of what must be done and how - to eradicate unemployment, and what is outstanding is that social partners must come together to implement the plan, which is what has been missing,” Mbeki explained.

He praised Ramaphosa for using the Covid-19 pandemic's devastation of the economy to come together with social partners and develop a strategy that he believes will see the country prosper.

However, he admitted that even if the country's economy grows - failure of the ANC to field candidates at the local government elections whose sole purpose is to serve communities, would see South Africa remain in ruin.

Mbeki last week raised the ire of South Africans who bemoaned poor governance and corruption by saying the ANC cannot fail, as that would spell failure of the country too.

Justifying his statement, the former president said, “People said I'm speaking nonsense, that the ANC is too big to fail, during the Wall Street financial crisis they said the banks were too big to fail and they bailed them out.

“The ANC has political influence. If the ANC collapses, the country will be ungovernable, that is why I say the ANC owes us practical solutions of where are the people to lead clean governance and the resources to create jobs.”

Mbeki said South Africans should also insist that the ANC publicly shows that it is renewing itself.

He added that the governing party ranks had been swollen by people who are after self-enrichment and the first step in self-correcting would be the wisdom to root them out.

Mbeki said the first step in correcting this at local government was the ANC inviting community members from outside the party to take part in selecting ward candidates.

With clean and intelligent governance that responds to unique challenges at local level of governance, plus skilled people, Mbeki believes that service delivery failures would be averted.

“We need skilled people to help municipalities to get the skills needed to produce the services required,” said Mbeki.

He called on those gathered at the ICC on Thursday to immediately after the elections remind the provincial government of Ramaphosa's economic reconstruction and the ANC's renewal project.

“Knock at Sihle's door and ask him about the economy, quality of political leadership and the quality skills.

“The cleaning up of political leadership in local government, if you don't change the characters at local level, no matter how much money the municipality has, that money will disappear into people's pockets,” Mbeki concluded.