Bloemendal man arrested for illegal possession of firearm and ammunition 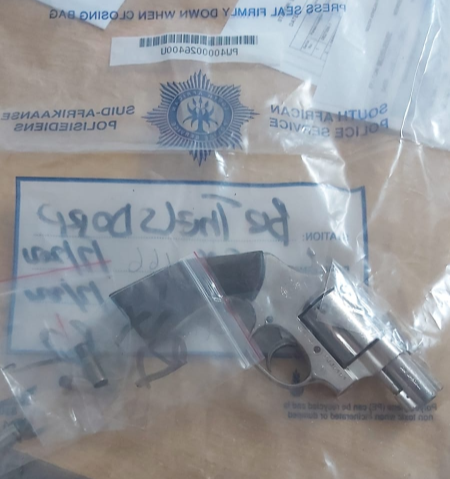 GUN RECOVERED: The Gqeberha anti-gang unit arrested a 28-year-old Bloemendal man for the illegal possession of a firearm and ammunition on Tuesday night
Image: SUPPLIED

Gqeberha police  arrested a 28-year-old man from Bloemendal for possession of a prohibited firearm and ammunition on Tuesday.

Police spokesperson Col Priscilla Naidu said at about 11.10pm, anti-gang unit members were patrolling when they noticed two men standing in the front yard of a house in Didloft Street, Bloemendal.

As the police vehicle stopped one of the men started running.

“He was apprehended and, on searching him, a revolver with the serial number filed off was found in his possession,” Naidu said.

She said the suspect was expected to appear in court soon.