The Commission for Gender Equality (CGE) will approach the judiciary and the General Council of the Bar (GCB) to discuss the “unfair” treatment of rape survivors in court. 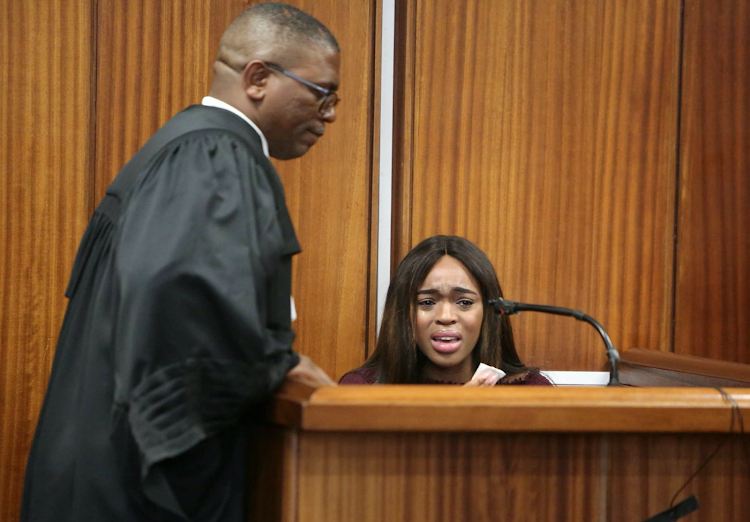 This Peter Daubermann character is a disgrace to the legal profession. Thank goodness Judge Makaula is there to call him to order as Cheryl Zondi testifies. #OmotosoTrial

As a country we seriously need to discuss how our criminal justice system treats victims of sexual violence. This is dehumanizing and demeaning. #OmotosoTrial

I am starting to think Tim Omotoso’s lawyer Peter Daubermann is a rapist himself. #OmotosoTrial

Peter Daubermann is shameless, disgusting and despicable. Can he feel our collect anger at his line of questioning of a rape survivor. May NO woman, morally conscious man, government department or business employ his services from hence forth @tumisole #OmotosoTrial #CherylZondi

Dauberman has since the start of cross-examination been accused of discrediting Zondi’s evidence and asking her insensitive questions.

Omotoso‚ 60‚ and his co-accused Lusanda Sulani‚ 36‚ and Zukiswa Sitho‚ 28‚ face a litany of charges ranging from sexual assault to rape and human trafficking.

“Although the Commission for Gender Equality respects the independence of the judiciary‚ gender blindness cannot be used as a source of inadvertent secondary victimisation‚” said commission chairperson Lulama Nare.

“The commission will continue to raise this pertinent question with the magistrates commission‚ bar council and the judiciary as a whole on the unfairness that rape survivors go through whilst giving testimonies.

“It is plainly unfair to subject them to such inhumane treatment‚ whereas those who did the act are treated favourably.”

Nare said the commission had always argued that “even if the intention is to seek justice by laying women bare in courts‚ the same justice-seeking mechanisms should not allow prejudice and patriarchal nuances to find expression in the course of seeking the truth.

“This will send a very clear message to other young women who are victims and survivors of sexual abuse. This young girl is determined to speak out about it and this does not happen often.

“The accused‚ Timothy Omotoso‚ is having a lot of support. She is speaking her mind without fear or favour. She is determined to speak the truth‚” said Nare.

“I hope the law protects this girl.”

The first witness to testify against alleged rapist Pastor Timothy Omotoso, Cheryl Zondi, took the stand on October 15 and 16 2018. Here are some of the highlights of the trial.