Policeman fighting for his life after attack outside tavern 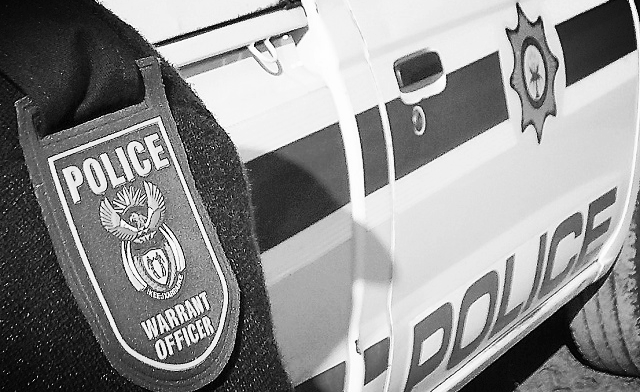 An off-duty police official is in critical condition after he was shot multiple times and his nephew killed shortly after leaving a tavern in Motherwell on Sunday night.

While the motive remains unclear, police suspect the attack was either linked to a quarrel inside the tavern earlier that day or it was a deliberate attack on a police member – possibly a robbery for his firearm.

The warrant officer, 51, who is based at Humewood police station and is not being named, is currently in a serious condition after being shot several times in the upper body.

His nephew Mzwabantu Mnqojana, 34, who was driving the car at the time, was killed on the scene after being pulled out of the vehicle.

Police have implemented the 72-hour activation plan in a bid to speedily track down the killers.

During the attack the police officer’s official state firearm was stolen. Only when forensic results are completed will it be known if this firearm was also used to shoot them.

Police spokesman Brigadier Vishnu Naidoo said the two were gunned down inside a Datsun sedan, in Xhama Street, Motherwell, at about 10.45pm on Sunday.

“While the motive for the attack has is not yet been established, it is believed the officer and his nephew were at a tavern in Motherwell when an argument broke out between some patrons and themselves.

“They decided to leave and as they were driving in Xhama Street they heard a noise under the vehicle. When they stopped (to investigate the noise), they were accosted by a group of unknown men who pulled them out of the vehicle and shot them,” Naidoo said.

The fight erupted at the Qunu Tavern, the same street where they were attacked.

Police suspect about 5 men were involved with the attack.

They confirmed the Datsun was not stolen during the incident and has since been impounded by police.

National Commissioner General Khehla Sitole has condemned the attack, calling it a cruel and callous attack on an off-duty police member.

Due to the severity of the crime, and the unknown motive, the Eastern Cape organised crime investigation unit has taken over the probe of murder, attempted murder and armed robbery.

Police have appealed to anyone with information to contact unit commander Lieutenant-Colonel Mike Grobler on 082 442 1825.

A police officer has been arrested for allegedly murdering his wife.
News
3 years ago

Killing a police officer should be equal to treason - Bheki Cele

Killing a police officer should become a “crime against [the] state and equal to treason”. “If they kill one of ours‚ they are taking the whole ...
News
3 years ago

Five police officials have been arrested for allegedly looting a delivery truck that was involved in a crash.
News
3 years ago