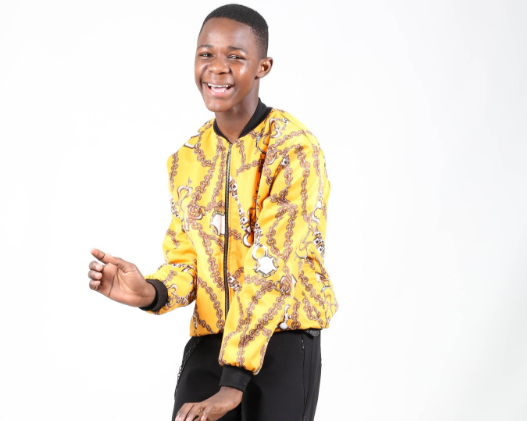 Likhey Booi is ready for the world.
Image: Twitter/Likhey Booi

When Likhey Booi's video went viral a couple of years ago he caught the attention of bigwigs in the industry and DJ Maphorisa was even keen to sign the talented boy.

The video of a 15-year-old  from Gqeberha took Mzansi by storm.  In the video he was singing Ami Faku's Ndikhethe Wena.

Speaking to TshisaLIVE he said the attention he received at the time was really exciting and his manager and mentor Dumza Maswana told him it would trend. DJ Maphorisa has not signed him yet but he went to travel and perform on Mzansi's biggest stages.

As I'm about to release my debut single, here are some of the best moments in my journey... (videos thread)
Started here pic.twitter.com/8eweZ7ztLK

He is now ready and is making his official debut in the music industry with the blessings of his parents who were sceptical at first, because he was younger then — in 2019 — and in school.

His single Bambelela, set to be released Friday, is an ode to his parents. He is paying homage to the people that gave him the musical talent.

“At first my parents didn't want me to sign, they were not comfortable at that time because of the school and everything. They weren't comfortable but now they are really fine with it.

“I'm dropping my song titled Bambelela on Friday, I'm really excited with this coming single. It's such a beautiful song, an encouraging song. We've been working hard, It was produced by Christer Kobedi and also Dumza Maswana is behind it, I'm really excited. ”

Likhey said his love for music started when he was at Seventh Day Primary School.

“There was a cappella music and everything. There was a crew at my school, I started my own group and we started singing. My father had his own group, Inspiration Ministries, and I started doing music with them.

“My father was my inspiration, I just listened to different kinds of music. Even though I wasn't sure at that time, that I actually wanna do music people saw it in me. I had to keep going. I started performing at stadiums, everywhere I was in newspapers, people were talking about me and I was like, yo, this is the road I have to take because music is my talent. I was fortunate to  be able to say that.”

His manager and mentor Dumza Maswana said the song is more like Afropop, a fusion of rap and it has hip-hop elements.  He said the song has a deeper meaning in the 17-year-old's life.

Dumza has been more than proud of the growth of his mentee over the years.

“He has developed an ear for music, he has his own little studio and he records himself a lot. I think the passion is even more now, he is now into beat making and he says that this is what he wants to do. I'm truly happy that I'm here for this young man.”

Likwithemba Booi, who shot to stardom last year after his rehearsal music video at the Opera House in Port Elizabeth landed social media in a buzz, ...
News
1 year ago