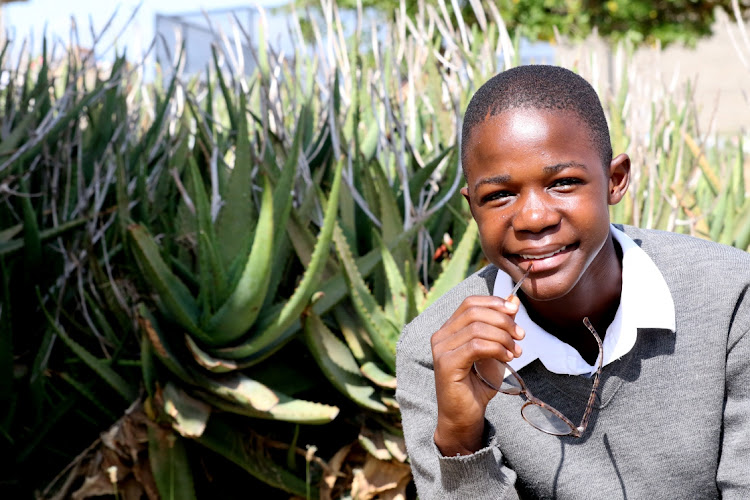 Young singer Likwithemba 'Likheybooi' Booi is to perform in Port Elizabeth in front of his home crowd this weekend
Image: Fredlin Adriaan

Likwithemba Booi, who shot to stardom last year after his rehearsal music video at the Opera House in Port Elizabeth landed social media in a buzz, is set to dazzle local fans at the Music at the Market concert on Saturday evening.

Booi grabbed the attention of international and multi-award winning Eastern Cape Philharmonic Orchestra conductor Richard Cock when he saw the 16-year-old performing at the Starlight RMB concert in Cape Town.

Cock subsequently invited him to perform at the Music at the Market, which will be on at the Feather Market Hall at 5pm on Saturday and tomorrow, and said he thought Booi’s performance was “really impressive”.

“Although he is young, he enjoys performing. There was a crowd of 5,000 people, but he showed confidence. I hope his talent can take him places, he has a great future,” Cock said.

Booi, whose stage name is Likheybooi, first performed in 2010 at the age of six after watching his father singing along to his favourite CD. .

He asked his father to teach him how to sing and subsequently joined the church choir.

“The church congregation were used to hearing my father sing, but they were pleasantly surprised when they heard my voice,” he said.

“When the video went viral last year, my manager Dumza Maswana told me that Cassper Nyovest and DJ Maphorisa wanted to sign me under their labels, but I turned them down for now.”

“I want to pass my matric first before I sign any deals. I was really excited about the offers and for trending. I told my friends and I was happy that people recognised my name.

“Performing with the orchestra in Cape Town was a dream come true. I had never performed with an orchestra and never been to Cape Town.”

Likheybooi was referred to as a musical genius by Samething Soweto last year, and he said he was blessed to have sung with him.

“I feed from my supporters — I want to give them quality performances. I feel I’m living my family’s dream because everyone can sing at home. My younger brother is being taught how to sing as well. My dream is to buy my parents a house when I get signed some day,” Likheybooi said.