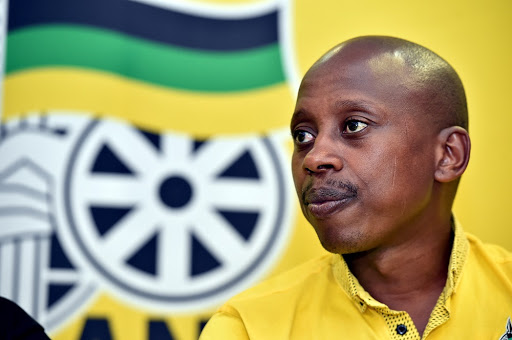 BACK IN: Andile Lungisa's suspension by the ANC has been lifted
Image: EUGENE COETZEE

With his suspension set aside, former Nelson Mandela Bay councillor Andile Lungisa will put all his focus on contesting the local government elections on November 1.

Lungisa was suspended from the party for 18 months by the ANC’s provincial disciplinary committee (PDC) on June 14.

However, national disciplinary committee chair Nocawe Mafu upheld an appeal application by Lungisa and set aside the provincial decision.

“I am happy that the NDC defended the ANC constitution which was being violated and was under attack,”  Lungisa said.

“I am happy with the decision and it is time to revive our communities and focus on November 1.

“Communities must put their faith back in the ANC and vote for the party in Nelson Mandela Bay.”

Lungisa said since the party was removed from outright control in 2016, the city had started to “collapse”.

“Infrastructure is breaking everywhere and community halls are being vandalised.

“We urge our people to give faith back to the ANC.”

The suspension from the party comes after Lungisa was convicted on April 17 2018 of assault with intent to do grievous bodily harm.

He was sentenced later to an effective two years’ imprisonment, but served just 16 days in the St Albans prison before his protracted appeal process began.

However, the Supreme Court of Appeal (SCA) confirmed his two-year jail term for assault in September 2020.

The SCA had agreed with the magistrate’s court in Gqeberha and two judges in the high court in Makhanda that Lungisa had been the aggressor in the situation.

Lungisa was, however, released in December 2020 just 75 days after he handed himself over at the North End Prison.

A special remission of sentence and easing of overcrowding in prisons amid the Covid-19 pandemic got him released early.

Mafu said Lungisa — who represented himself — had argued that the provincial disciplinary committee was not properly constituted and the charges were defective.

The national committee met on September 7 to evaluate the application.

“The charge sheet was served outside the six months prescribed in the ANC’s constitution [and] the applicant was subjected to double jeopardy.”

Lungisa also argued that the provincial committee was biased and the sanction unfair.

“[He] also alleged that documents to support the legitimacy of the PDC was sought at the commencement of the PDC proceedings but were not provided,” Mafu said.

“To support its contention that the PDC members were properly appointed by the PEC, the ANC provided a report of a PEC meeting in August 2020 and a document dated December 2017 to evidence the appointment of some of the PDC members.

“After examining the documents in detail, the NDC was not satisfied that some members of the PDC who participated in the disciplinary hearings of the applicants were properly appointed to serve in that structure.

“The NDC came to the conclusion, as it did in many cases over the years, that procedural compliance is a cornerstone of ANC discipline.

“If the PDC was not properly constituted, it follows that a material irregularity was committed and the disciplinary proceedings are vitiated.”