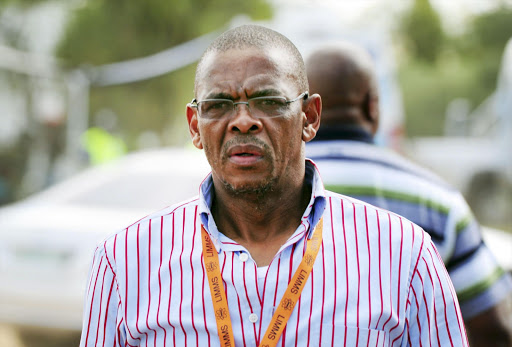 The group from the Free State brought the event to a standstill as they stormed Exclusive Books in Sandton.

A man who identified himself as an ANC Youth League member from the Free State, who claimed to be Leoto "Gupta", told Sowetan that the protesters could not allow a book "peddled with lies" to be launched

"They are undermining our SG these people. Now we demand that there must be thorough research before it can be launched because this book has cited one side without hearing the other side.

"Gupta" claimed that Magashule was not provided with an opportunity to respond despite Myburgh allegedly sending him questions.

Police had to be called in to calm the crowd who were clearly not backing down.

The crowd were chanting songs and demanding that all "white people" leave Exclusive Books and only then will they vacate the shop.

Asked to comment about his event, Myburgh said: "We came to discuss something on an open democratic platform about an issue raised in public. And how important that information is was going to be debated here tonight and we were dispirited by a group of people who do not value free and open discussion about important public interest matters."

Myburgh said disruptions at book launches were becoming a pattern by people who have no interest in democratic processes.