'In some cases we are pursuing them criminally': UIF commissioner Teboho Maruping 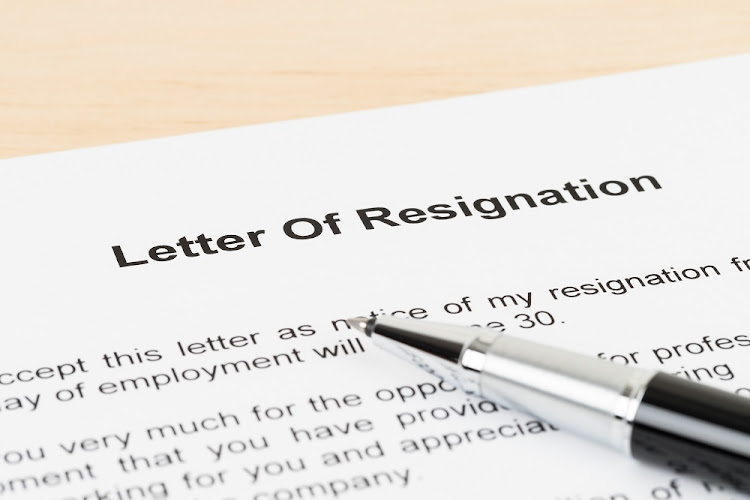 Some UIF employees resigned at the drop of a hat when they learnt they were being probed for Covid-TERS fraud and corruption.
Image: File

Others who stayed on but were found to be involved in wrongdoing were dismissed, he said at a media briefing on Wednesday.

“There are a couple of them that had been dismissed. Some of them gave us 24-hour notice, almost leaving immediately. But in some cases we are pursuing them criminally where we pick up there's been criminal activities. Some of the cases are under investigation now. We want to take steps either to take the SIU [Special Investigating Unit] on-board ... it [the investigation] will take different forms,” said Maruping.

He was speaking in Cape Town about the priorities of the fund during the 2021/2022 financial year. He said the UIF had recovered millions siphoned away fraudulently or mistakenly paid to recipients.

Maruping was recently reinstated in his job after a year-long suspension in 2020 when a report by the auditor-general found irregularities with Covid-19 TERS payments.

After a lengthy investigation by the SIU he resumed his duties from February 1. He was found not to have benefited from Covid-19 TERS either through corrupt or fraudulent means, but a disciplinary hearing found him guilty in relation to the irregular appointment of media houses to market Covid-19 TERS.

Maruping also warned that if SA's economy continued to suffer, workers who lose their jobs could in future have less to fall back on as UIF funds are depleted.

Covid-19 TERS payouts of about R61bn over the past two years had reduced the fund's coffers to R120bn.

Asked if he was concerned about the effect of the sluggish economy on the fund, he said: “I’m concerned. If the economy continues not to pick up in terms of creating jobs, creating entrepreneurs and companies surviving, it is going to affect the UIF kitty.

Sooner or later the UIF will run out of funds. It is a concern on which we and the executives engage

“Sooner or later the UIF will run out of funds. It is a concern on which we and the executives engage.”

Concerning long queues at labour department offices across the country, worsened during the pandemic due to large-scale retrenchments, officials said there had been several interventions, including bolstering channels to accept applications such as emails, drop boxes, online platforms such as U-filing, the UIF app used to receive applications, payment requests and general enquiries.

Despite various challenges, the fund had used its experiences dealing with fraud to streamline its processes to make it harder to defraud the system and become more risk conscious.

Maruping, who described snaking queues as “unacceptable”, said he expected them to become shorter in the near future. Officials also denied they were turning people away or had introduced daily quotas.

The department also reported that of 2,428 employers that were inspected for compliance with the UIF in the Western Cape, about 1,195 were found to be compliant and 257 were referred for prosecution.

Of a total of 30,252 inspections done in the province pertaining to employment equity, UIF and basic minimum wages, 8,809 were found compliant and 804 were referred for prosecution.