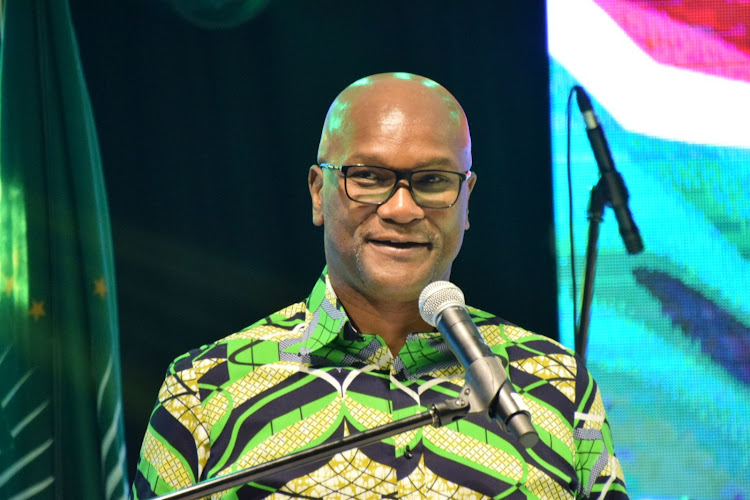 The ministry of sport, arts and culture plans to spend R22m on a monumental flag. File photo.
Image: Department of Sport

Minister of sports, arts and culture Nathi Mthethwa has defended the decision to erect a 100m-high monumental flag that will cost R22m.

Mthethwa, delivering his budget, said the flag was an important part of the department’s role to build a cohesive country.

The R22m flag monument has come under public scrutiny with South Africans in general and politicians saying it is in bad taste given the poverty, worsened by the Covid-19 pandemic.

FF Plus MP Heloïse Denner told Mthethwa that the decision showed how misguided the department’s priorities were, but Mthethwa hit back, saying Denner was trying to trivialise the matter. He said that if issues relating to flags were not important, AfriForum would not be in court fighting for the apartheid flag.

AfriForum's case was heard by the Supreme Court of Appeal on Wednesday. It is vying to overturn a 2019 ruling that declared public displays of the apartheid flag were hate speech.

“Denner wants to trivialise the flag. No, it's the mandate of the department to create among other things monuments and this flag is a monument for democracy in this country and we make no bones about that,” Mthethwa said.

“And it’s disingenuous to say it's not important, if it's not important, your sister organisation AfriForum wouldn't be in court today fighting for the old flag.  So I think we must clarify this thing that we have an obligation to transform the heritage landscape and will do just that.”

“The national flag is one of our primary symbols and we are saying it is important that even at that level we ensure that we hoist high the flag as part of this transformation of the heritage landscape,” Mthethwa said.

He said he was aware of challenges in the country, especially those faced by artists and athletes.

“And we are aware of the challenges which people are facing and our work goes to artists, to athletes and other areas including the area of heritage promotion and preservation,” he said.

According to Mthethwa the department had done its work in assisting athletes and artists who were negatively affected by the pandemic and that more than 50,000 of them were  assisted financially.

Mthethwa’s budget on social cohesion was rejected by several political parties including FF Plus, the DA and the EFF.

It was supported by the ANC, AIC, IFP and NFP.