Sassa increases food vouchers to R3,960 for families who lost loved ones in KZN — What you need to know 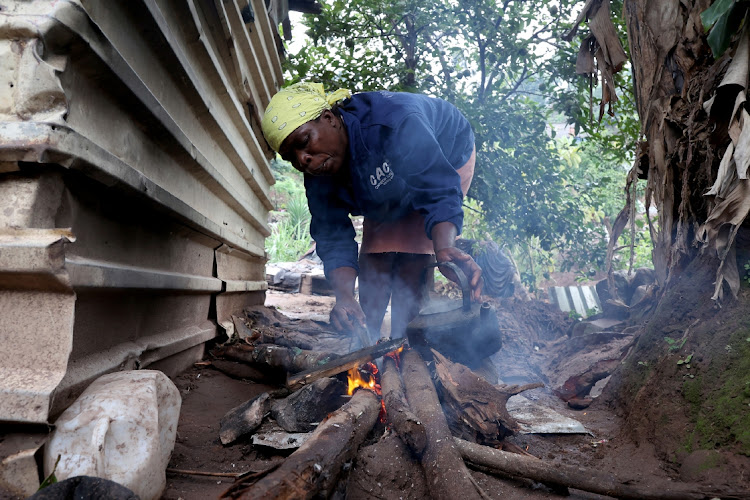 The SA Social Security Agency (Sassa) has increased its relief grant for flood victims in KwaZulu-Natal.

The agency announced that under its social relief of distress (SRD) programme, which is an immediate response to a crisis for individuals, families or a community in times of disaster, it will increase the food vouchers to R1,980.

Initially the food voucher was R700.

It has been reported that 443 people died in the floods and about 63 people are missing or unaccounted for.

HOW MUCH WILL THOSE AFFECTED GET?

Sassa said it would provide food vouchers to the value of R1,200 to families affected by the floods in the province.

Where family members have died from the deadly floods, Sassa will provide R3,960 in food vouchers or cash.

The agency said school uniforms will be provided to pupils who lost theirs during the disaster. Girls are eligible for assistance worth R2,700 and boys will receive R2,500.

WILL THE AMOUNT BE ENOUGH FOR FOOD?

The food voucher falls slightly under the average cost of the food basket, which is R4,450.09.

The index tracks food price data from 44 supermarkets and 30 butcheries in Johannesburg, Durban, Cape Town, Pietermaritzburg and Springbok in the Northern Cape.

It showed 33 of the 44 foods tracked in the household food basket have risen in price, with significant increases for cake flour, cooking oil, eggs, tea, bread, rice, white sugar and maize meal.

HOW LONG WILL THIS BE DISTRIBUTED?

According to Sassa, flood victims will receive the vouchers for one month.

“It is expected people’s lives will normalise and the other form of SRD, including R350, will be available for people who are experiencing hardship,” said Sassa.

HOW WILL THEY KNOW WHO IS AFFECTED?

The departmenthas deployed more than 300 social service professionals to affected areas, including Ndwedwe and Mandeni.

Sassa urged those applying for food vouchers to submit their contact details to their ward councillors or social workers.

An assessment will be done and an application will be processed immediately. The vouchers will be granted immediately to approved beneficiaries.

WHAT ASSISTANCE IS THERE TO BURY VICTIMS?

Struggling families who lost their loved ones in the floods will receive burial and financial support as part of an initiative by the Motsepe Foundation in collaboration with the eThekwini municipality.

eThekwini mayorMxolisi Kaunda said families will receive up to R15,000 burial assistance for each member who died during the floods.

Kaunda said families have an option of the benefit being paid directly to a funeral parlour.

The funeral parlour needs to be a legally registered company that is tax compliant with a business bank account.

To receive assistance the following documents will be required;

All documents should be submitted to Amahle Khumalo or Andile Shange based on the 2nd floor, City Hall Building. For more information contact 031 322 8200.

The municipality is working with the department of home affairs to establish makeshift offices in parts of the city to assist families to apply for ID documents and death certificates.