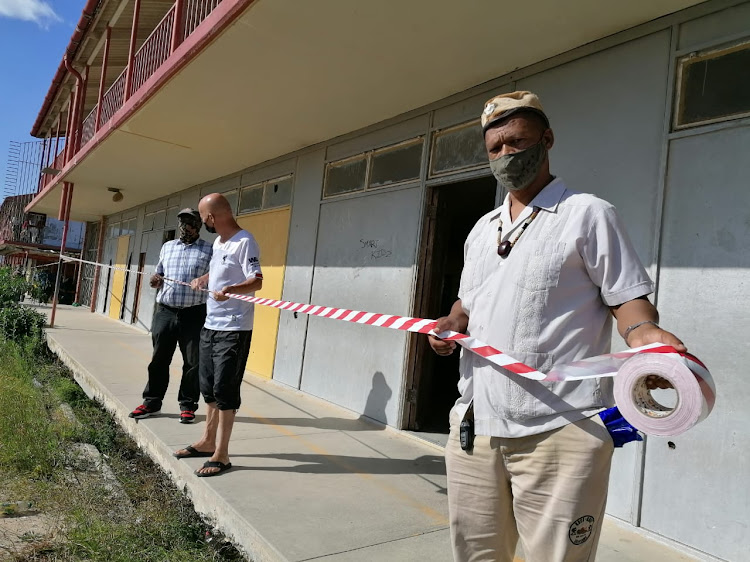 The new school year has kicked off but infrastructure challenges continue to plague pupils and teachers at Arcadia Senior Secondary School in Gqeberha’s northern areas.

So dire is the situation  at the Bethelsdorp school that community leader Christian Martin took it upon himself on Wednesday to cordon off 13 classrooms which he described as death traps.

“This is a disaster school.

“Funds [from the education department and treasury] should be made available immediately to fix this building,” he said.

Martin says nothing has been done to address the state of Arcadia Senior Secondary School.
📹 Fredlin Adriaan pic.twitter.com/iHAvtouxYY

School governing body chair Daniel Oliphant said though the school community was excited about the new academic year, the poor state of its buildings dampened the spirits.

“If I was the principal of the school I would have told parents to keep their children at home until the department comes up with an alternative,” Oliphant said.

The school is one of six in Nelson Mandela Bay  — the others being Ankervas, Machiu, Die Heuwel, Fontein, and Van der Kemp primary —  on the department’s priority list of schools that require a complete rebuild.

The schools together accommodate more than 5,000 pupils and are crumbling due to vandalism and years of neglect.