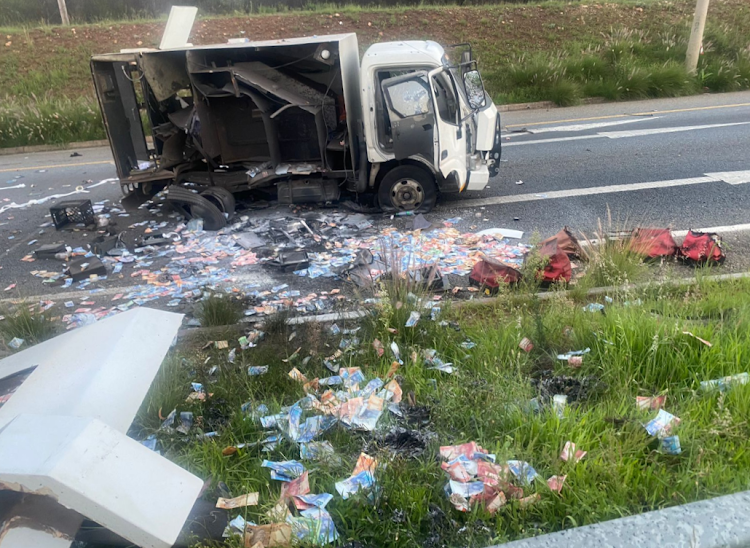 Police said the gang rammed a Mercedes Benz into the G4S van at about 6.45pm shortly after it left Silverstar Casino.
Image: Saps

Gauteng police have launched a manhunt for 12 suspects who bombed a cash-in-transit van in Krugersdorp on Wednesday evening.

Police spokesperson Col Athlenda Mathe said the gang rammed a Mercedes-Benz into a G4S van at about 6.45pm, shortly after it left the Silverstar Casino.

Mathe said the gang opened fire on the van and forced the guards out before blowing it up.

The gang had disarmed the guards.

Mathe said two security guards sustained minor injuries and were transported to a nearby hospital.

She said the suspects fled with an undisclosed amount of money in several vehicles.