WATCH | Is it a meteor or 'rich politicians leaving with loot'? - Just space junk says expert 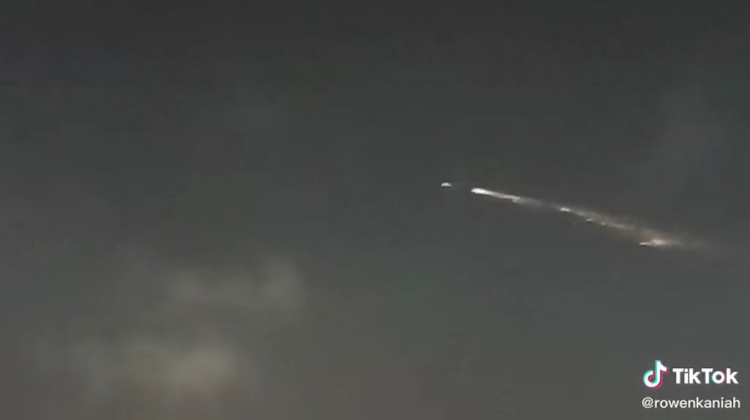 Social media was abuzz with the sighting of a large, travelling body of light on Saturday night.

Several people posted videos of the sighting in Durban with some calling it a meteor shower, while others referred to it as a comet.

One user weighed in with a humorous take saying, “Some say, it was a spaceship, others say it was the rich politicians escaping SA with the looted money”, while another said it was an “earth grazer”, a slow moving long-lasting meteor.

However Prof Tim Cooper, the Astronomical Society of Southern Africa's meteorite and near space specialist, said the sighting wasn’t a meteorite but merely debris from a rocket.

“Regarding the bright lights seen last night around 8.30pm, this was probably the re-entry of the SL-4 rocket booster from the Roscosmos Soyuz 2.1a rocket which launched the latest cosmonauts to the ISS [International Space Station] on December 11. The lights had nothing to do with a comet, asteroid, meteor stream or the Geminids as posted variously elsewhere.”

The sighting comes as Asteroid 4660 Nereus — which is as wide as the Eiffel Tower is tall — was expected to pass by Earth at the weekend.

The asteroid, discovered in 1982, was classified as a “potential hazardous asteroid” by the National Aeronautical Space Administration (Nasa) due to its size and was expected to reach its closest proximity to earth, at about 4-million kilometres away.

In August, astronomers said a streak of light that blazed across the sky was most likely a rocket re-entering Earth's atmosphere and not a meteorite.