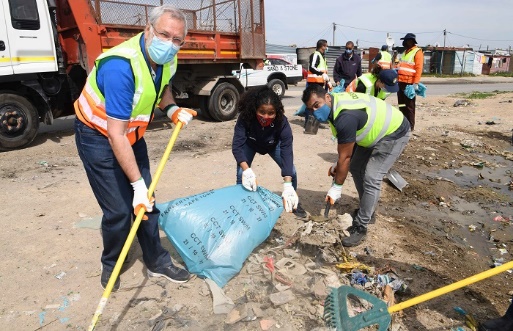 Cape Town is battling an illegal dumping problem that consumes a significant chunk of the city’s budget.

The councillor said the city has allocated more than R100m extra to fund the second phase of the rapid response programme and received an additional R100m from national government's public employment programme, “bringing the total spend on dealing with illegal dumping to over R300m”.

She said the programme will run for the remainder of the financial year. More than 2,000 workers will be employed and extra vehicles will be obtained to fight the illegal dumping scourge, she said.

“Illegal dumping remains a huge problem citywide. We have assigned budget annually to tackle this ongoing and increasingly chronic problem,” she said.

“Illegal dumping stands in the way of the health and safety of our communities and the environments in which we live. I’m pleased the department has implemented a strategy to tackle this challenge with the help of local residents assigned to the programme through the extended public works programme.

“The rapid response programme aims to boost existing services with its additional resources so clearing can happen faster to keep up with the increasing load of illegal dumping. Generally as soon as the city clears a spot, the dumping continues almost immediately, and efforts to clear these may seem futile and not sustainable, but it has to be done for the health of our communities and environment.”

Limberg urged the public to join the fight against illegal dumping.

“Should residents and businesses change their habits, a lot of this budget in future can be allocated to other services and programmes within the solid waste department that add value and benefit residents.” 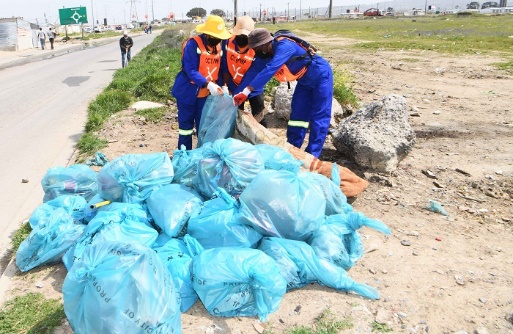 Cape Town says illegal dumping is taking up a significant chunk of its budget.
Image: Supplied

Limberg said increasing illegal land occupations also placed pressure on the city’s existing refuse collection services. She said many properties have backyard tenants but do not have enough bins to contain the amount of waste generated at the property.

“We encourage residents to think before they dump. General litter and other pollution often finds its way into the storm water system, especially during and following rainfall, and is washed to our waterways, which in turn suffer the effects of this pollution.

“Direct and deliberate dumping into the sewer and storm water systems via manholes is another ongoing problem. A range of campaigns to raise awareness of the damaging consequences of illegal dumping have been carried out.

“Illegal dumping is costing the city and communities more than they think. It impacts on the neatness of the area and poses health risks to neighbours. Let’s work together to keep our city clean.

“The city is also open to hearing proposals by residents that would foster shared accountability for open spaces. If residents know who is dumping, they are encouraged to provide the relevant information to the city’s solid waste bylaw enforcement unit so action can be taken.”