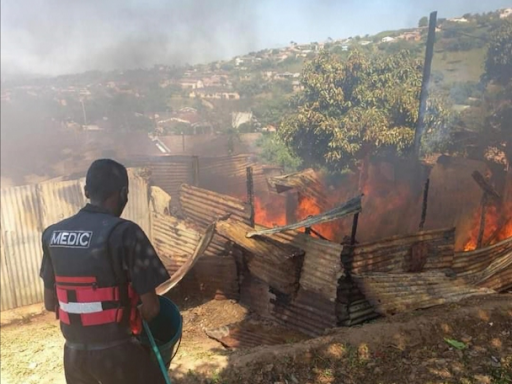 An 87-year-old KwaZulu-Natal woman and her stroke-afflicted daughter suffered burns when their wood and iron home caught alight on Thursday.

The incident took place in Redcliffe, Verulam, on the north coast.

"On arrival, it was established that the 87-year-old woman and her 62-year-old daughter were still in the wood and iron home when the fire started,” said Balram.

"The younger female suffered a stroke this week and was unable to move without assistance. Members of the community rescued the women.

"Reaction Unit officers contained the fire, which spread rapidly to two other homes, until the arrival of Ethekwini fire and emergency services.

"The cause of the fire remains unknown.

"The injured females were treated for burns to their arms and bodies before being transported to hospital by ambulance.”