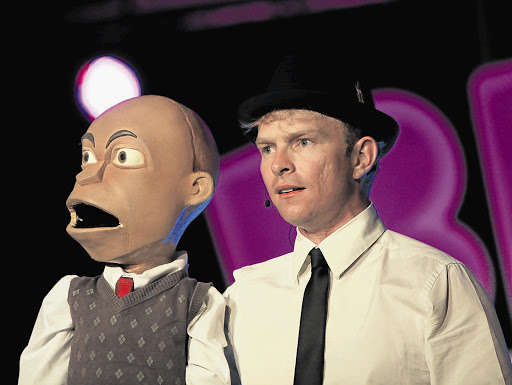 Conrad Koch, the voice of controversial puppet Chester Missing, has weighed in on the DA’s JP Smith “joking” about Abongile Nzelenzele’s name.

This week Smith came under fire on social media after he tried to crack a “joke” about Cape Talk radio host Nzelenzele’s name, saying they were “too many vowels too awkwardly placed” in it.

He said Nzelenzele needed a “short, compact one like me, Smith”.

Smith told TimesLIVE there was no ill intent behind the joke. He said he was aware of the video snippet making the rounds on social media and the “humorous” comments around it.

Weighing in on the matter, Koch said the “joke” was not funny.

He claimed making certain names normal and others abnormal is “a normative for English speakers, it's a product of colonialism and says who is welcomed in a place”.

“You have never met anyone called Karen who goes ‘my name is Karen but you can call me Sinqobile because Sinqobile is easier to say’,” said Koch.

He claimed the root of Smith mocking Nzelenzele’s name was apartheid denial.

“If we took apartheid’s impact on black South Africans seriously, we’d be far less likely to see it as ‘funny’, or even thinkable,” he said

At the root of JP Smith mocking Abongile Nzelenzele’s name is apartheid denial. If we took apartheid’s impact on Black South Africans seriously we’d be far less likely to see it as ‘funny’, or even thinkable. pic.twitter.com/qdQmXTMAQA

Other people who weighed on the debate were former DA politicians Phumzile Van Damme and Lindiwe Mazibuko.

Here is a snapshot of what they and others had to say about the moment:

This type of insidious racism is old in South Africa.

My brother, Nhlanhla, was renamed “Lucky” - without his or our parents’ consent, and despite our many protestations - by his school teachers. The name stuck and his identity was diluted, for their convenience.

Make the effort. You live in South Africa. Learn. No one is going to make allowances for you like you haven’t lived here your whole life.

One of the things I like about jokes, and about people speaking spontaneously, is that they reveal themselves more obviously than they do with their prepared remarks.

African names are not shallow and without sanctity unlike most white people who name their kids whatever they think sounds cute.

African naming customs are rooted in tradition & celebration of heritage.

Between us as black people (different ethnic groups) we do sometimes struggle with each other's names and surnames. Sometimes there are some jokes thrown around. 🤷‍♂️🤷‍♂️🤷‍♂️🤷‍♂️

Is it because JP Smith is white?#JPSmith

I’m sure the workers of JP Smith at his house got short vowel names, names given by him, names that is easy on his tongue, names they hate but he prefers, this is what the worst racist did to our parents and grandparents, renaming them on the spot for sake of convenience.