High expectations for growth of cannabis industry on Garden Route 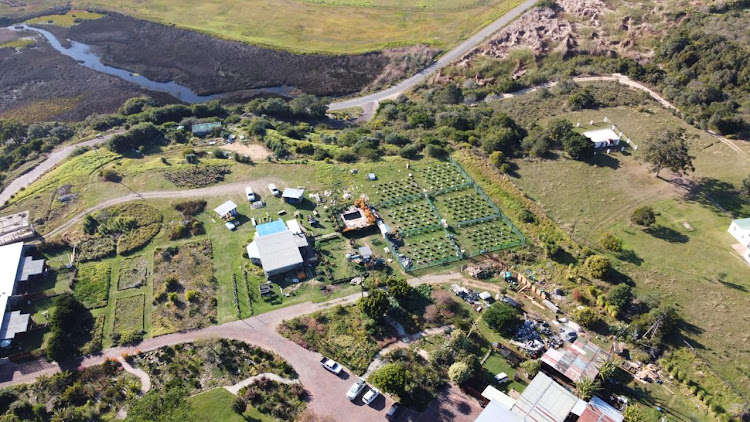 GREEN ECONOMY: The Cebba Cannibis Academy is set to open its doors to students in September. The school will be located at the Canna Club in Rietvlei Road, Plettenberg Bay
Image: Supplied

Plettenberg Bay hosted its inaugural cannabis festival at the weekend with high expectations of boosting the green economy and educating the region about it, and announcing a cannabis academy to be launched in the town soon.

The Garden Route Canna Cup  was held at the Piesang Valley Community Hall to promote growers from the area and expose the industry to the region.

Event organiser Leon Meyer, who is also a member of the Garden Route Organic Cannabis Growers' Association (GROCGA), said the event was a huge success.

GROCGA, formed to represent small-scale organic growers, argues that the Garden Route climate is not only perfect for the growth of grapes but cannabis as well, allowing any grower up to four harvests a year.

Meyer said the former Transkei was renowned for cultivating some of SA’s best cannabis but  only because Garden Route growers had not come out of the woods yet.

“That is why we hosted the Canna Cup so we can call the growers out and get them enthusiastic and so they can show us what they have,” he said.

Exhibitors arrived from all parts of the country,  including activists such as  Jeremy Acton, the founder of the  Dagga Party of SA, Chris Jay,  Myrtle Clarke of the “dagga couple”, and many more.

“We brought the correct people to this event and as a result great things are going to happen.

“Cannabis is going to save this country, if we let it.

“And what I got this weekend is that there are like-minded people who are planning to do just that,” Meyer said.

Among those contributors is the Cheeba Cannibas Academy, which is set to be launched in 2021 with Meyer as the Western Cape Campus administrator for the school.

“Looking at the Garden Route, it is the perfect place to have what you call  canna-tourism. This could be our own Humboldt.”

Humboldt County is part of the the Emerald Triangle and has for years been a major cannabis-producing region in the US.

Birch said the school would be situated at the Canna Club in Rietvlei Road, which already has existing infrastructure.

He said they would offer a three-month course at about R27,000.

Birch said different methodologies would be used such as hydroponics, aquaponics and normal indoor growing.

“Our students will then be able to plug into those different methodologies and there is accommodation on site for about 10 students already.

“We are launching today and will open our doors in September.”