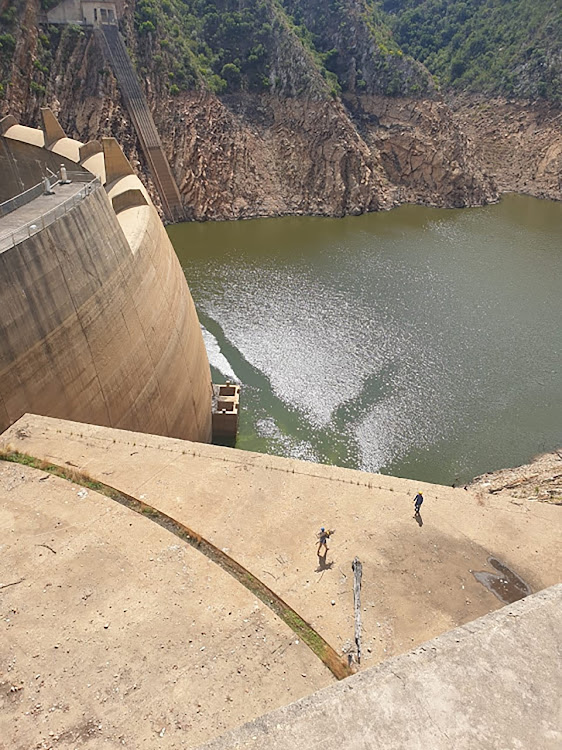 DRYING UP: The Kouga Dam was at 3.91% of its capacity on Wednesday. The combined average capacity of the metro’s supply dams was at 9.98%.
Image: SUPPLIED

The combined average capacity of the metro’s supply dams was at 9.98% on Wednesday, despite Tuesday evening’s showers.

The percentage equates to a combined total of 28,150 megalitres (Ml) of water.

According to the Weather Guru page, little or no rain fell in the metro’s catchment areas on Tuesday night.

The majority of the night’s rains fell in the airport area and the Third Avenue dip, which recorded 10.6mm and 15.4mm, respectively.

However, the SA Weather Service has issued a warning of localised flooding for the Eastern Cape later this week as a cold front pushes into the province.