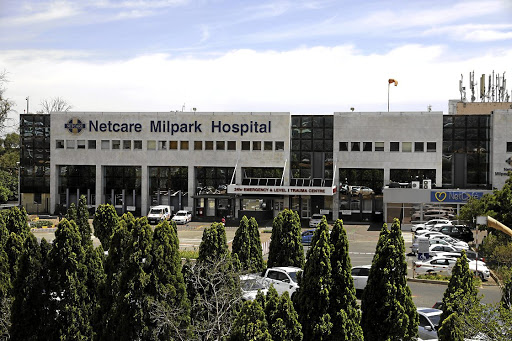 Netcare Milpark Hospital in Johannesburg. The City of Johannesburg says it has begun a process to settle a R15.7m debt to Netcare Hospital Group for the treatment of JMPD and City Power staff injured on duty. File photo.
Image: Alon Skuy

The City of Johannesburg has begun the process to settle a R15.7m debt to Netcare for the treatment of public safety officers and City Power staff injured on duty.

The city said on Wednesday that the debt was accumulated when claims by doctors who attended to officers and staff were left unpaid because they were not registered on the city’s vendor system, in line with the city’s procurement processes.

On Tuesday, ActionSA president and former Johannesburg mayor Herman Mashaba said his party had learnt that Milpark Hospital had been forced to withdraw from its commitment to treat the injured staff, effective May 1 this year, because of R34m in unpaid debt.

“It has been conveyed to ActionSA that numerous efforts to resolve the matter have failed. In fact, several letters have been written to the now-suspended MMC of public safety, Mally Mokoena, who has not had the decency to acknowledge receipt nor respond,” Mashaba said.

Ndamase said the process to settle the R15.7m has started in consultation with the Netcare Hospital Group to resolve all compliance matters.

“These consultations have afforded the city and [Netcare] group an opportunity to finalise Netcare Group’s registration on the city’s suppliers database, a process which was settled on March 2 and has enabled the payment process to commence,” Ndamase said.

Ndamase said at no point were Johannesburg Metropolitan Police Department officers and City Power officials turned away or declined medical attention at the Milpark Hospital due to the outstanding payments to the hospital group.