Covid-19 game-changer drug made in PE 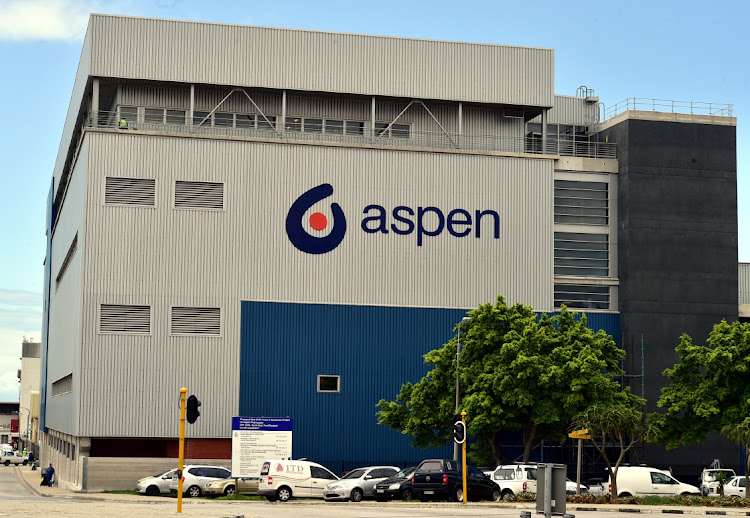 The steroid hailed as a major breakthrough around the world in Covid-19 treatment is manufactured and packaged in Port Elizabeth with Aspen Pharmacare — which owns the rights to dexamethasone — outsourcing the manufacturing of the injections to Fresenius Kabi.

The factories for both pharmaceutical giants are situated next to each other in Holland Park near the North End Lake.

The low-cost, widely used steroid treatment reportedly cuts the risk of death by a third for patients on ventilators and a fifth for those on oxygen.

Preliminary results suggest the drug should immediately become standard care for patients with severe cases of the disease, say researchers who led the trials.

However, it has not been peer reviewed and there are no approved treatments or vaccines for Covid-19, the disease caused by the new coronavirus.

Aspen owns the rights to the product in multiple markets across the globe.

She said the drug was not complicated to manufacture and was manufactured by Fresenius Kabi in Port Elizabeth for Aspen.

“However, it is potent and hence requires specialised manufacturing practices and containment facilities.”

She said the daily cost on the single exit pricing was R90 a day.

Asked how much of the drug Aspen could produce in a week, she said this was still being assessed.

“If there is demand we will do what we can to respond accordingly.

“This is an opportunity for Aspen to assist in the fight against this deadly virus and we are happy to assist in this process where there is a benefit to patients.

“Additionally, this is part of our ongoing support for the overall national Covid-19 effort and response and continuing to assist patients’ access to high-quality, affordable treatment.”

She said Aspen had focused on ensuring the supply of essential drugs during the  pandemic and had provided assistance in meeting the elevated demand for anaesthetic  products in Europe which were used in the clinical management of patients with Covid-19.

“Certain of these anaesthetics will be produced at our Port Elizabeth facility in the next few years.”

Fresenius Kabi MD Mikko Tiitinen said he was unable to respond to media queries due to trade and confidentiality agreements.

Dexamethasone relieves inflammation in various parts of the body and is used to treat a variety of conditions including arthritis, severe allergies, asthma and other lung diseases.

It is not new. According to the WHO, it has been used since the 1960s.

Oxford researchers — who published the preliminary results — suggest the drug should immediately become standard care in patients with severe cases of the disease.

They are working to publish full details of the trial as soon as possible, after some scientists said they wished to review the evidence themselves.

But how exactly does the drug work in the fight against Covid-19?

Retired University of Pretoria professor John Matjila — whose expertise includes epidemiology — said any infection including the novel coronavirus would increase inflammation in the body.

The body then tends to fight this as the immune system goes into overdrive.

“Often the damage caused to person’s body is not the micro-organisms itself but the body’s own response to the threat,” Matjila, who is also medical doctor, said.

Dexamethasone, he said, would help halt this effect.

“Steroids have an effect of suppressing this reaction.”

Matjila said the drug likely worked because it was a long-term steroid. Cortisone (one of the more well-known steroids) would not work as it had a short acting term.

Bay pulmonologist  Dr Luke Krige  said the news was exciting but called for the test to be repeated.

“I sincerely hope the results are true and it is likely coming from Oxford but this test should be repeated at another university.”

He said chloroquine was bandied about as a drug to fight Covid-19 but this later changed.

“When others repeated the tests on patients using chloroquine, it showed that a lot of other deaths occurred.”

Krige said a retest would be good as similar steroids had proved ineffective at the start of the pandemic.

“This was not dexamethasone but showed completely different results.”

He warned that people should not assume they could just take dexamethasone and be immune to Covid-19.

The drug would only be beneficial for those on oxygen or mechanical ventilation.

“This is for very sick people and used in specific conditions.”

Health minister Zweli Mkhize said the drug would be of great benefit in the country’s fight against the virus.

“This drug has been there with us for a long time, but what is good is that there is now evidence that it is definitely helpful and for that reason we are quite excited,” he said, during an interview on SAfm.

Mkhize said protocols were being updated in hospitals to allow doctors to make use of the steroid drug.

“It is really important in our breakthrough, even though there is a lot more that needs to be done,” he said.

Mkhize said dexamethasone was easy accessible in SA and steroid drugs had been used in treating autoimmune diseases in the country.

Addressing the nation on Wednesday night, Ramaphosa said he was encouraged by the breakthrough.

He said there was an ample supply of the drug in the country.

“The department of health and the ministerial advisory committee has recommended that this drug can be considered for use on patients on ventilators and those on oxygen supply,” he said.

“The department will await a directive from the national department as and when a vaccine and cure is found for Covid-19.”

Meanwhile, Aspen on Wednesday confirmed an employee at its Port Elizabeth site had died.

The employee had worked at the company as an aseptic manufacturing technician for the past 12 years.

Group executive head of operations Grant Swart said the site’s management had been in communication with the employee and his family after he recently fell ill.

“Words are inadequate to express our deep sadness at this untimely passing of our colleague, and he will be sorely missed.

“We wish to express our sincere condolences to his family, friends and colleagues,” Swart said.

In a memorandum sent out by the company — and seen by The Herald — staff were told the employee had tested positive for Covid-19 but had showed good progress in recovery and was in a general ward in hospital when he died. — Additional reporting by TimesLIVE