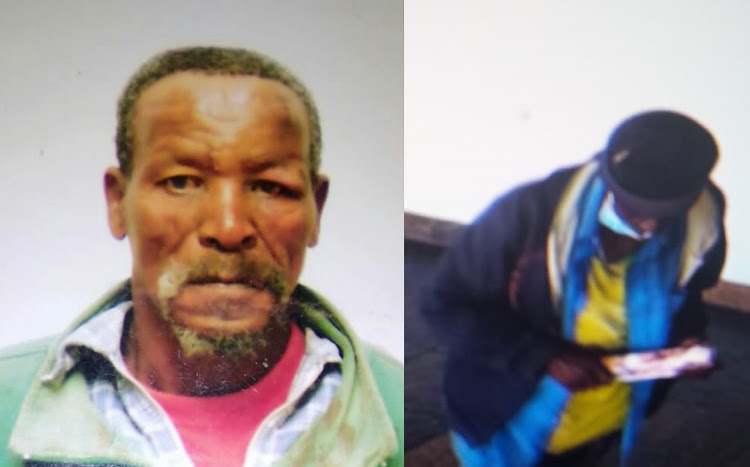 NOWHERE TO BE FOUND: John Doch, who is Covid-19 positive, has been missing since Friday afternoon after a security guard allowed him to leave the Nelson Mandela Bay Stadium. On the right is a screen-grab from security footage taken just before Doch left the stadium
Image: SUPPLIED

An elderly Covid-19 positive patient has disappeared from the Nelson Mandela Bay Stadium isolation unit and his livid family are firmly pointing the finger at a security guard.

John Doch, 73, who lives in Graaff-Reinet, was driven by ambulance to the stadium at 9pm last Thursday after testing positive for Covid-19.

Less than 24 hours later, he was nowhere to be found.

Doch has been missing  since 2.30pm on Friday after camera footage recorded him being let out of the stadium by a security guard.

His worried family have now been left with more questions than answers — and they fear the worst.

“I don’t even know if he is alive,”  Elrico Doch, 23, who was in isolation at the stadium with his grandfather, said.

“He is an elderly man who hardly ever left Graaff-Reinet. I just can’t believe this was allowed to happen.”

This is the second time the family has been struck by tragedy with John’s sister, Maria Doch, 68, dying on June 3 in Graaff-Reinet.

She too was Covid-19 positive. 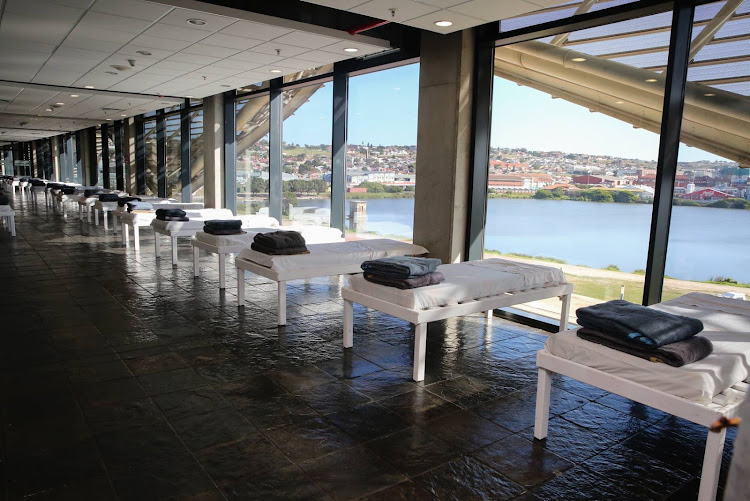 “They must look in every corner. This is their fault. They were negligent.

“I can’t lose my brother after what we have all just gone through,” she said.

The stadium was identified as an isolation site in April to treat low-risk Covid-19 patients and has the capacity to accommodate 200 patients.

John was admitted with Elrico and another grandchild, Portia Doch, 26.

“I can’t believe a security guard would just let an elderly man out. How many other times has this happened before?” Portia asked.

She appealed to anyone who had seen her grandfather to contact the police.

“Please, we have to find him. He will not know where he is going or what to do.”

In the security footage, taken just before he vanished, John was seen wearing a black beanie and a black jacket with a blue shirt and yellow T-shirt underneath.

The stadium is guarded by two security companies with M Secure handling the internal protection and HRG watching from the outside. 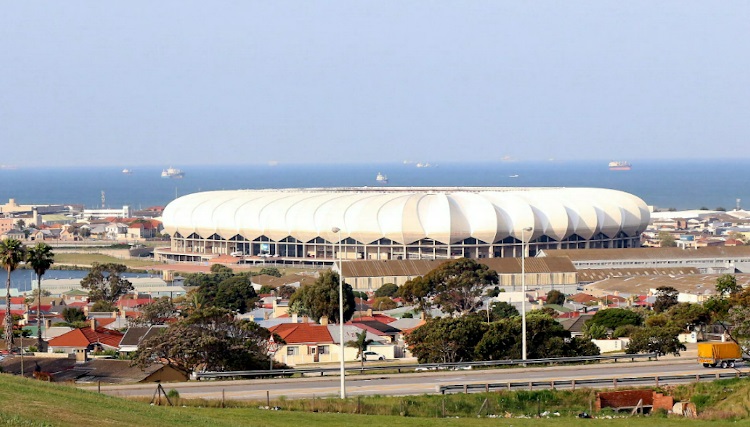 NOT SO SAFE HAVEN: The Nelson Mandela Bay Stadium which is being used as a quarantine facility
Image: BRIAN WITBOOI

M Secure director Kaashief Niekerk said one of his guards was not at his post, resulting in John walking through a security checkpoint unnoticed.

“He then ended up on the outside of the building when an HRG security officer who did not recognise him as a patient subsequently allowed him to leave the stadium.”

He said John left the grounds at 2.30pm but the incident was only reported at 5pm during the shift change.

He said John’s disappearance was also reported to the Mount Road Police Station.

He said the same information was supplied to various police community forums.

“To date, routine searchers are being done at various establishments to establish whether John is at one of them.”

He said the M Secure security officer meant to be at his post had been suspended.

“Action will be taken in line with the company’s disciplinary code.”

HRG director Freddie Erasmus said: “It was an extreme set of unfortunate incidents.”

He said the company was investigating while the security guard who had interacted with Doch was in quarantine.

“Our staff member is in quarantine because she interacted with him. She wore a mask and kept a distance but is still in quarantine.”

Erasmus said he had yet to speak to his staff member.

“We are busy investigating. The systems in place are effective but something just went wrong.

“The reaction from the MBDA was effective and immediate. However, they have instructed us to take certain steps to tighten security.”

Since John’s disappearance, additional checks are taking place while fencing has been installed between the building and the outer perimeter gate.

Police spokesperson Captain Sandra Janse van Rensburg said no case had been opened but they were aware of his disappearance.

“The police were notified but a family member will need to open an official case,” she said.

“This report was filtered to all relevant public police forums.”

He said this was the first time such an incident had occurred.

“We sincerely regret this incident and our security contractor and all relevant authorities are investigating the matter.”

Two levels of the stadium have been set aside for the isolation sites, with each level having the capacity to hold 200 beds.

Each room on the suite levels has three beds, and ablution services are scattered about the level.

Elrico said he shared a suite with his grandfather on the night they arrived.

“In the morning people arrived at the suite saying that they needed to sanitise the room.”

The suites are sanitised every Tuesday and Friday, with many patients sitting on the stands while the rooms are cleaned.

Elrico and John were sitting on the stands overlooking the field that Friday.

“We sat there for some time until they were done. I started to feel tired and told my grandfather I was going to lie down.”

Elrico said he must have fallen asleep for about 30 minutes. When Elrico woke up, he went back to sit with his grandfather.

“But he was not there. He was just gone,” he said.

Elrico said he started to frantically search the stadium, when a security guard eventually asked him what was wrong.

“I told him about my grandfather and he looked scared. He told me not to bother looking for him and he would come back later.”

Elrico returned to the suite at 5pm and his grandfather was still missing.

He said the security guard then reported John missing — hours after his disappearance.

“The camera footage was then checked and a security guard was seen letting my grandfather out.”

Elrico said he had not had any feedback from the stadium’s management about the disappearance.

“I don’t even know if they have gone to the police. We are stuck here and can’t do anything.”

He said the remaining family in Graaff-Reinet were eagerly hoping he would arrive home soon.

“But who knows if that will happen. He is probably lost and wandering the streets,” he said, adding his grandfather suffered from no other illnesses.

But Dorothy said John had become forgetful in his old age.

“I just can’t believe this has happened. I am hoping we hear good news soon.”