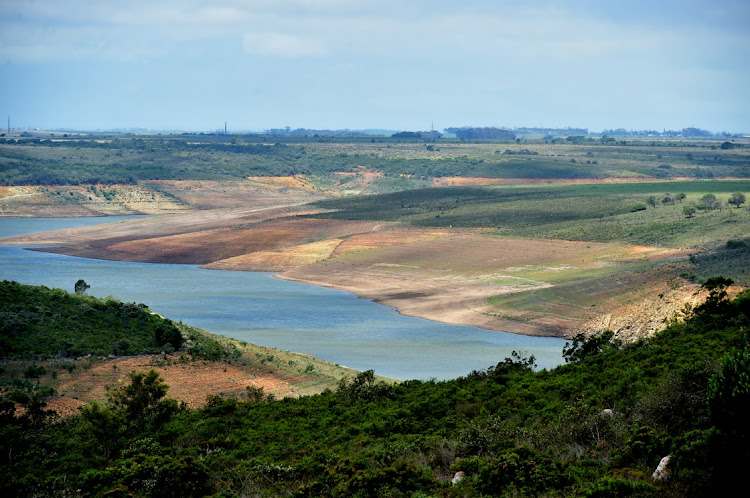 As the levels of Nelson Mandela Bay’s dams dwindle, the metro’s consumption has ballooned way over the recommended limit of 250ML a day to 327ML at the end of March.

This was confirmed by water and sanitation department spokesperson Sputnik Ratau on Tuesday.

The severity of the Bay’s water situation had emerged earlier in the day during a a Zoom media conference by the DA.

He said the figures had been produced for the Eastern Cape co-operative governance department to help it with a response to questions from the DA.

Bay mayoral committee member for engineering and infrastructure Andile Lungisa confirmed that the aim was to reduce consumption to 250ML a day but said that excessive washing of hands due to the Covid-19 pandemic had thrown their reduction programme off course.

However, DA Eastern Cape leader Nqaba Bhanga said the latest consumption figure was due to mismanagement and Bay residents were facing a crisis as a result.

Gamtoos Valley residents were facing an even greater threat because of their reliance on the Kouga Dam and immediate action in that regard was necessary, he said.

“It has been calculated that the Kouga Dam will be at 5.6% of capacity by the end of June.

“Furthermore, 3.1% of this total is dead capacity as it cannot be extracted from the dam,” he said.

“The Nelson Mandela Bay municipality must immediately cease all extraction of water from the Kouga Dam if the residents of the Kouga Municipality and the farmers of the Gamtoos River Valley are to survive.

“The DA will write to the national department of water and sanitation and to Nelson Mandela Bay’s interim mayor and acting city manager, requesting them to act.

“Nelson Mandela Bay can counteract the shortfall created by making use instead of demand reduction, water pressure reduction and by maximising extraction from the Nooitgedacht scheme.”

Faced with the dire situation in the western region of the Eastern Cape, Bhanga said he and his team had sought advice from DA leaders in the Western Cape whose management of the water crisis there last year had been lauded internationally.

“Their message was above all to communicate with residents because in that way you establish collective responsibility.

Lungisa said analysis of the March 31 consumption figure had to factor in the coronavirus pandemic.

“In the build-up to the lockdown in line with the call from the president, we started the call to people to wash their hands regularly for 20 seconds at a time.

“If you multiply that by 1.3-million people you will see how it affected our consumption.”

He said the call for the Bay to stop extracting from the Kouga Dam was unacceptable.

“We have a water right. There is no crisis.

“Kouga is just a small municipality that we are carrying.”

The Bay had deployed seven leak-repair teams across the metro and at the same time work had started on the Coega desalination plant, Lungisa said.

“The first unit, which will deliver 15ML of water into the system, will be complete in six weeks.

“The completed plant will deliver 30ML to the northern areas and Motherwell.”

Bay DA councillor Masixole Zinto said there were still 7,000 of 11,000 leaks in the metro which had yet to be attended to, which was aggravating the situation.

The figure of 11,000 was revealed in the municipal annual report presented to the council in January.

Zinto said to maximise the harvest of water from Nooitgedacht, the Kirkwood canal that collapsed in 2017 needed to be repaired and the network of distribution pipes had to be expanded.

DA MP Andrew Whitfield, who led the briefing, said Nelson Mandela Bay had only slightly more than six months before its dam supply ran out.

“Nooitgedacht will still be operational, but until reticulation is installed to allow that supply to be distributed across the Bay that date will also be day zero for many suburbs,” he said.

Kouga municipality mayor Horatio Hendricks said the co-operation of Kouga residents had helped to slash its water consumption by a massive 50% in 2019/2020.

But the situation was still perilous, he said.

“It does not help if we are reducing consumption and saving our Kouga Dam water if the metro is also extracting from the same source and has not reduced its consumption.”

“Contractors are on site repairing the Nooitgedacht canal and that project will be complete in five to six months.

“There is sufficient reticulation.”

A 60ML desalination plant would be built on the west side of the metro to complement the supply from the dams, he said.

“The barge has been repaired. It was not a major job.

“But we will float it only when there is no other option.

“At present, we are pumping Impofu water to Churchill and extracting from there.”

The Bay’s dams were not going to run out of water, Lungisa said.

“It doesn’t mean people can start washing their cars.

“But there is no need to panic.”