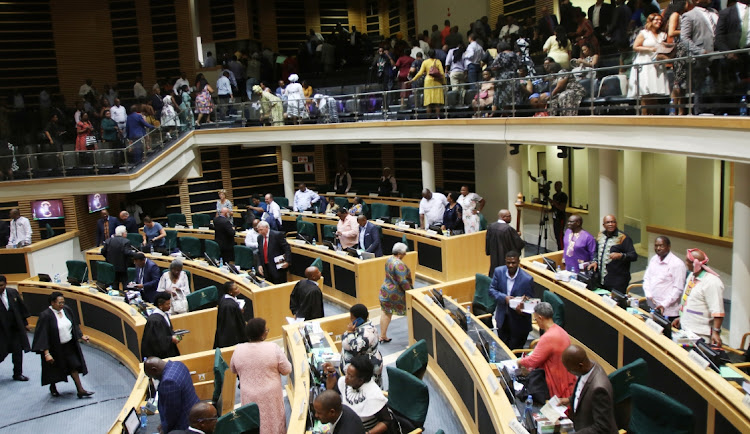 The Eastern Cape health and education departments will have to justify every pen and bed pan needed because the province plans to rejig the way it dishes out money in the upcoming adjustments budget in November.

The two departments will be the first in the province to fully implement zero-based budgeting.

Speaking after finance MEC Mlungisi Mvoko tabled the province’s 2020/2021 budget, department head Daluhlanga Majeke said there would be elements of zero-based budgeting in November and that the other  departments would have their budgets compiled this way during the 2021/2022 budget.

“In 2020 there will be a zero-based budget reflection as part of phase one.

“We’ve established the principles now and the adjustments budget will mainly have the two departments,” Majeke said.

Addressing the media before delivering his budget speech in Bhisho on Thursday, Mvoko said the incremental method based on performance, used previously by departments, would be scrapped.

Zero-based budgets start at zero, with all departments competing for each cent when a new budget is compiled.

“We will therefore initiate a zero-based budgeting exercise, instead of the conventional incremental budgeting, to determine true departmental baselines.”

He said the departments of health and education — making up the lion share of this year’s provincial budget  — would be the testing ground for the new method.

“In line with the outcomes of that exercise, we will adjust their baselines during the adjustments budget later this year,” he said.

“The province is experiencing decreasing revenues due to the current economic environment and this is exacerbated by the current inefficiencies in a number of areas, including compensation of employees,” he said.

Majeke said zero-based budgeting allowed his department to look at the cost of each item requested and decide if it was necessary.

“What departments had been doing previously was performance-based budgeting, where they simply added an increase onto an existing budget.

“We are digging deeper. There are some inefficiencies we need to deal with and through zero-based budgeting this will be possible.”

If the new system proves successful, it will be implemented across all departments for the 2021/2022 budget.

With only eight months to go until the adjustments budget, Majeke said the province was working closely with the National Treasury to implement zero-based budgeting as it would be a first in the country.

This would be done through the Government Technical Advisory Centre.

Asked whether the new system would not delay the procurement process and, ultimately, service delivery, Majeke said it would not.

“It’s a comprehensive expenditure review. That won’t affect service delivery as departments will still receive their budgets,” he said.

Mvoko’s speech was delivered an hour later than scheduled because protesters blocked the entrance to the legislature.

Inside the chamber, a group of men dressed in black, believed to have been invited guests of the EFF, were evicted by police, which added to the delay.

Mvoko also announced that the province had put a freeze on vacancies and would only make critical appointments.

He said since 2011, the Eastern Cape had lost out on R23.9bn in equitable share (revenue raised nationally to enable the province to provide basic services)  because people continued to leave the province in droves.

For the 2020/2021 financial year, the equitable share and grant allocations are expected to total R2.4bn for the medium-term expenditure framework.

The shares are calculated through the provincial equitable share formula, which allocates funds to provinces based on the number of people living there.