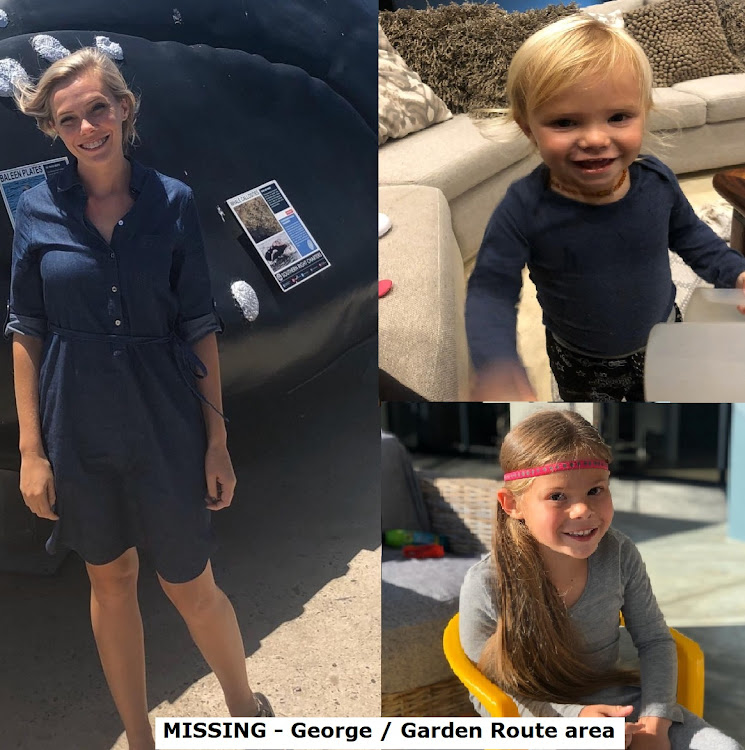 A huge search is under way in Herolds Bay near George after a mother and her two children disappeared while out for a “quick walk” on the beachfront on Tuesday.

George police, as well as several residents, have joined  the search.

Police in the Western and Eastern Cape have also been informed.

Heidi Scheepers, 35, took her two children, a six-year-old girl and two-year-old boy, to the beachfront in Herolds Bay for a walk at about 6pm.

When they failed to return home by 7pm, Scheepers's husband raised the alarm.