'Fixated paedophile' Bruce Ehrlich fights to get out of jail 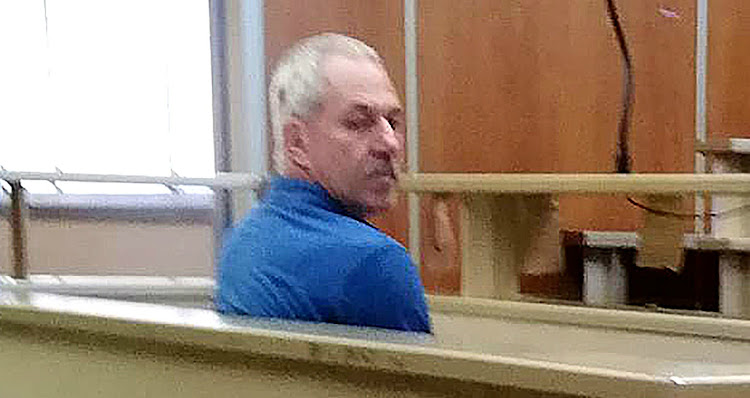 Staying in custody until his trial is finalised would bring Bruce Ehrlich’s life to its knees. This was the argument made by his legal aid attorney at the East London magistrate’s court on Wednesday.

Ehrlich’s attorney, Avuyile Mdodana, and state prosecutor Athi Mancoba were locked in argument regarding his release on bail.

Mdodana told magistrate Linda Magaxeni that Ehrlich stood to lose everything if he was remanded in custody until the completion of his trial. Ehrlich was arrested last month and has been charged with rape, sexual assault, assault with intent to cause grievous bodily harm, and kidnapping. Two boys now aged 20, who lived with Ehrlich from 2013, opened cases against the convicted paedophile.

He was convicted for sexual assault in 1991 against minor boys in Knysna. He was sentenced to a two-year suspended sentence. Ehrlich was again convicted in 2003 when he was sentenced to 15 years for 14 counts of indecent assault of minor boys. He was released on parole in 2012, but was re-arrested in 2016 for violating his parole conditions.

Mdodana, however, argued that Ehrlich did not deserve to have his “liberty to freedom” denied based on his previous convictions. He said Ehrlich had turned his life around after his release from prison and had started his own construction company.

He also argued that Ehrlich had three minor boys who lived under his care. He is, however, not their legal guardian.

“We are not here [magistrate’s court] to prove his innocence or guilt. If he is incarcerated any further, his business might perish. He is the sole breadwinner and he looks after his three children, which he takes to private school. He has a company with employees who depend on him,” he said.

Countering Mdodana’s argument, Mancoba said Ehrlich had a proven history of flouting sanctions imposed upon him by the court as he has previously violated conditions set for him.

“He has the propensity to commit such offences again if he is released and placed in the community again,” Mancoba said.

Mancoba said it could not be overlooked that clinical psychologist, professor David Edwards, who testified against Ehrlich in 2003, had described him as a “fixated paedophile who, if given any liberty, would re-offend and do so repeatedly”.

Magaxeni said she would deliver her judgment next week on Tuesday.