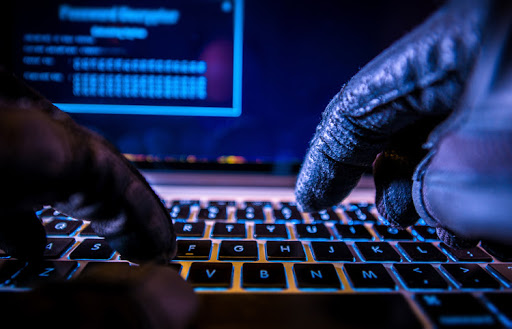 In what Charlo resident Stanley Swart, 70, described as deeply troubling, his altered pictures were sent to him on Friday along with a threat that should he not cough up R3 000, they would be uploaded online.

Both a social media law expert and private investigator have warned that such scams – which have become known as “sextortion” – are increasingly on the rise. 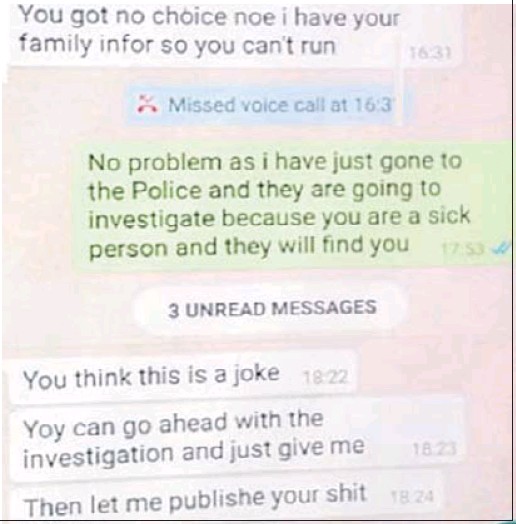 Whatsapp messages between Stanley Swart and the alleged blakmailer

He said he received a friend request on Thursday from a person he presumed to be a woman judging from the profile picture and – having a friend in common – he accepted.

The Facebook user then sent a private message asking Swart to chat on WhatsApp instead, and attached a phone number.

“I did not think anything of it, so I sent my number,” he said.

Swart said he was shocked when he then received photoshopped images that appeared to show him naked.

“It is totally disgusting and what is of greater concern is that he [alleged scammer] has pictures of my grandchildren as well.”

Swart said another message had been sent asking for R3 500, to which he had responded that he was unable to pay as he was a pensioner. The asking figure was then reduced to R3 000.

“He [alleged extortionist] said he would delete the pictures if I paid the money,” Swart said.

“I then told my wife and daughter what had happened, which upcase. set my daughter in Cape Town and she called the guy.

“He made a joke out of it and laughed it off.

“He told my daughter that this is what he does and he wants the money or the pictures will be uploaded.”

In the pictures, Swart is positioned so that it appears that he is holding his exposed genitals.

Swart said he went to the Walmer police station on Saturday afternoon but was unable to open a Instead, he was told to Wait until the alleged scammer made contact with him again and then to return to report it.

Swart’s daughter, Beverly Dupont, 42, said her father had received the WhatsApp messages on Friday and was “stressed out” that the pictures included her 10-year-old daughter and her niece.

Dupont said her father received a screenshot of a post about to be loaded on Facebook with a caption, which read: “Oliver Swart is a married man who sells his nudes [on social] media. He’s married[,] got two children.”

She said: “When I phoned [the number], a [foreign national] answered and asked why I was calling.
“He then laughed and said ‘this is what I do’.

“I am completely stressed out about it – my sister and I are in a complete state because this guy has a photograph of my daughter and my niece.

Sadleir said that after viewing the images in this specific case she could not tell whether they had been photoshopped or not.

“We are currently experiencing a sextortion ring operating in South Africa and we get at least five calls a day from people who are victims of sextortion,” she said.

“Generally, it is people who meet online and then they start chatting.

“Sometimes, there is a bit of flirting and then [one of the people] will turn around and say [he or she is] not who [the person has pretended to be], so ‘pay me R5 000 or I will put this online’.

“It is quite a common thing we are seeing.

“First, do not send nude pictures to strangers and, second, do not pay, because as soon as you do, they will keep asking for more money.”

“The most important thing is not to pay the money – we have had cases where people were being extorted for thousands of rands and these guys just keep coming back for more.

“This [type of crime] is definitely on the rise.

“Meeting online opens you up to abuse – know who you are talking to because scammers troll the internet.

“People often have two options – they report it to the police who then would essentially close the docket as it is not regarded as a high-profile crime, or they come see us.

“We then track them [scammers] down and follow through.”

Several attempts to contact the alleged trickster on the telephone number he had used failed.

On each occasion, the phone was answered by a woman who then dropped the call.

Police spokesman Captain Johan Rheeder said: “The complainant should be allowed to open a case.

“He must go back to the police station and open a case with the station commander.”