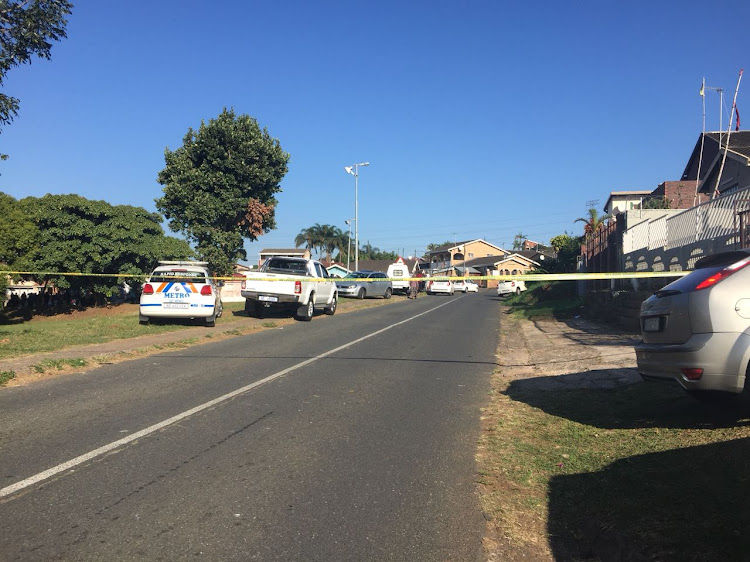 Police have cordoned off the road on which the shooting took place.
Image: Jeff Wicks

As relatives of a nine-year-old slain girl arrived at the Chatsmed Hospital‚ hysterical cries of anguish reverberated through the accident and emergency unit.

It is understood that the child had been rushed to the hospital after she was shot in the stomach during a botched hijacking outside her school in Shallcross‚ south of Durban.

A distraught man collapsed into the arms of another as he sobbed outside the hospital where the child had died on Monday morning.

Police crime scene investigators and photographers had already descended on the hospital.

It is believed that a IX35 vehicle was hijacked outside the school before the hijackers lost control of it and ended up in a nearby park.

One of the hijackers was shot dead while the other was arrested.

Shallcross community police forum chairman Mahendra Lillkan said the incident was the first hijacking in the area in recent months.

“The community is shocked and saddened by this incident. We just don’t know what to say. General housebreakings have been continuing but hijackings seemed to be under control. We are surprised by what happened this morning‚” he said.