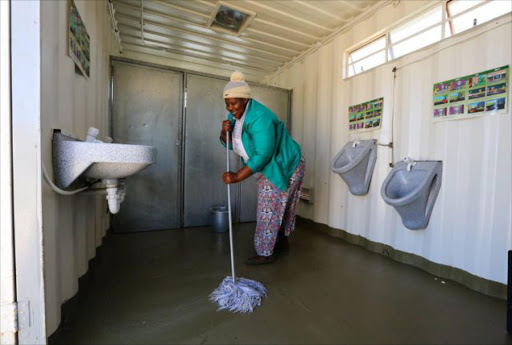 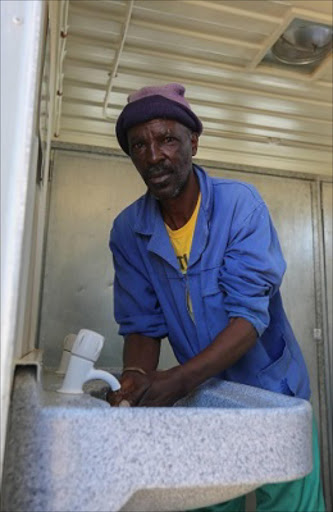 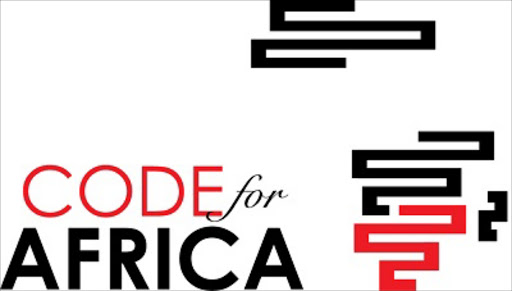 It is 9am on a scorching hot Thursday morning.

Jabulani Simelane, 57, emerges from a toilet cubicle in a container and proceeds to wash his hands with water from a tap.

“These toilets helped us a great deal. We no longer use the degrading bucket system as hostel dwellers,” he said.

Simelane is a resident of the Matthew Goniwe Hostel where this container ablution facility was piloted.

Located in the heart of the hostel, the container for men has three flush toilets and two showers.

The container for women has four toilets and two showers.

Neliseka Zothe, 35, has been employed there as a cleaner since last year.

She spoke with pride about how the facilities had transformed the lives of those living around the hostel.

“Our lives changed for good. It’s amazing. Previously, residents used to use buckets and some threw faeces on the grass. But today, you can see how clean the lawn is. We can sit anywhere we like,” Zothe said.

The cleaners also keep an eye on the facilities to prevent vandals from damaging them.

They have two shifts – 5am to 1pm, followed by a shift that ends at 8pm when the toilets are closed.

“The only worry is what will happen in the middle of the night. You cannot come here to relieve yourself.

“Instead you will be forced to use a bucket. That defeats the purpose.”

But residents complained, saying this was insufficient considering the high demand in the area.

On Friday afternoon, the containers were not yet in use after being installed a couple of months ago.

A resident, who did not want to be named, wondered what the point was when they could not use them.

“Work was completed a long time ago and no one knows what will be the next step.

“I saw a truck today remove one of the containers and we don’t know where they have taken it.”

Another resident, Regina Johannes, 61, said the community welcomed the initiative but wondered how it would benefit the elderly as some residents would have to walk about 500m to use the facilities.

“How will they get there at night? We are also concerned about the high crime rate and they could end up being victims of mugging,” Johannes said.

Across town, two containers in Nkanini, Veeplaas, were also not yet in use.

The project has generated great interest and excitement among residents, including Nomangisi Ntlali, 65.

The grandmother said she had been using the bucket system for years and now felt her dignity was about to be restored.

“I am delighted by this project. Although two containers is not enough, so we hope they will add extras to accommodate everyone,” Ntlali said.

“This was originally an ANC brainchild but due to delays, we did not finish,” he said.

“It is based on their model that we have planned our roll-out,” she said.

Lovemore did not respond to questions about residents’ or Gidane’s comments.

This package is the result of a collaboration between The Herald and Track My Mayor. Track My Mayor keeps track of mayoral promises in the interest of increased accountability at local government level. Reporting for this story was supported by Code for Africa’s fund.

Walmer Township and Missionvale may be kilometres apart, but the Nelson Mandela Bay residents living there share a common reality – the continued use ...
News
3 years ago