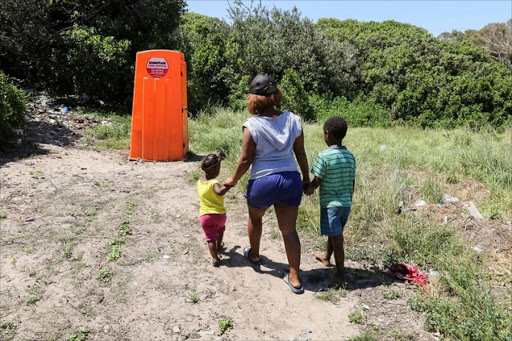 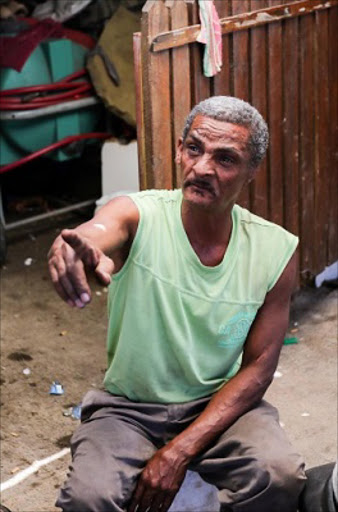 But if the alternative is the “rubbish plastic toilets” they have in New Rest, Seaview, the 54-year-old is not interested.

“We were promised lots of things including [the] eradication of buckets. Just like every political party, [this was just] rhetoric.

“The DA is useless. They don’t care for those in the informal areas.

“Why can’t Trollip and his government give people decent toilets?

The plastic toilets he refers to are chemical toilets – the Nelson Mandela Bay Municipality’s abandoned “Plan B” in the bucket eradication programme.

The stench coming from these toilets is unbearable. It is even worse when it’s summer.

Eric Dyasi, 55, has been a Seaview resident for years.

“These chemical plastics were installed by the ANC government. When you are inside, the door is pushed wide open because it’s broken,” he said.

“There is no sense of privacy and people are sick. Our right to privacy and health is compromised. Give us flush toilets, please,” Dyasi said.

While hundreds of Seaview residents make use of chemical toilets, some would rather be without sanitation.

One of them is Xolile Sigxabayi, 38, who said the sight of the plastic toilets made him sick.

“They [the plastic toilets] smell. I don’t use [them]. I prefer to make my own. I dig a hole under the ground and when it’s full, I move to another space,” he said.

When a Herald team visited New Rest, an informal settlement a few kilometres from the city centre, to establish how chemical toilets were received by a community that had used them for some time, some toilet doors were broken.

Residents complained that the toilets were not cleaned at regular intervals and that at times, cleaners simply dumped the faeces in the neighbourhood.

Previously, Lesley said, she and other residents used the bushes to relieve themselves.

The chemical toilets brought some relief.

“However, the stench coming from these toilets is unbearable. It is even worse when it’s summer.

“This is unhealthy. What is even worse is that at times the officials who clean these toilets empty the poo next to our houses. Just imagine how much stench we have to endure.”

Lesley, who also wants flush toilets for Seaview, said it was dangerous to use the chemical toilets, particularly at night.

“Everything is not right. People get mugged when the streetlights switch off. The toilets are located far away from the houses and it’s dark out there,” she said.

Infrastructure, engineering, electricity and energy political head Annette Lovemore failed to respond to questions about the sanitation situation in Seaview.

This package is the result of a collaboration between The Herald and Track My Mayor. Track My Mayor keeps track of mayoral promises in the interest of increased accountability at local government level. Reporting for this story was supported by Code for Africa’s impactAFRICA fund.

Walmer Township and Missionvale may be kilometres apart, but the Nelson Mandela Bay residents living there share a common reality – the continued use ...
News
3 years ago

It is 9am on a scorching hot Thursday morning. Jabulani Simelane, 57, emerges from a toilet cubicle in a container and proceeds to wash his hands ...
News
3 years ago
Next Article