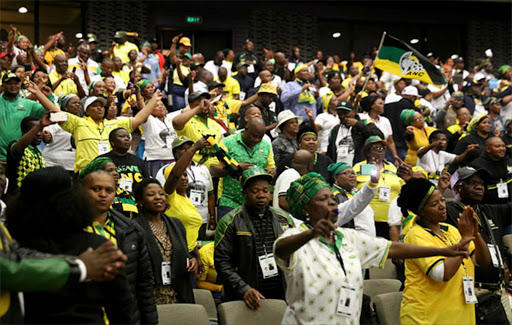 Moments before chairs started flying in the East London International Conference Centre, Andile Lungisa is seen refusing to back down as senior members plead with him to calm the delegates.

In a series of video clips, a crowd can be seen singing a pro-Phumulo Masualle song, disrupting the conference for up to three hours when they refused to vote on credentials.

But Lungisa was having none of it, saying that “no voting will happen here”.

NEC member Lindiwe Zulu is also seen trying to control the crowd, but her pleas fall on deaf ears.

The purpose of the session was to adopt credentials and proceed to nominations and the election of the new provincial leadership.

But this was only done at about 2am yesterday, with the last ballot papers cast at about 7am.

The conference had already been delayed by up to a day after another group forced their way in on Friday.

The whole of Saturday was used to verify the legitimacy of delegates.

“We met until 3am, planning the kind of security that you saw here [on Saturday].”

WATCH: This is how the violence started at the in EL last night, resulting in some delegates leaving the venue.