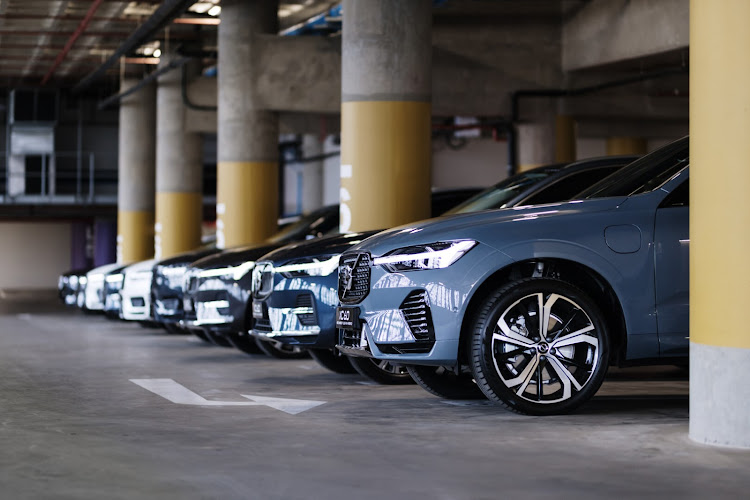 Hybrid models of the facelifted Volvo XC60 are doing rather well, as are the fully-electrified XC40s.
Image: Supplied

In March 2022, Volvo Cars SA announced all model ranges within its local line-up had gained some option of electrification — comprising mild-hybrid, plug-in hybrid and all-electric variants — in line with Volvo’s global ambitions of transforming into a fully electric car company by 2030.

The very next month, Volvo Car SA achieved a record of over 12% share of SA’s premium segment, up from the 10.7% figure reported a year prior in April 2021.

Electrified vehicles accounted for nearly half of Volvo’s local sales last month, with the mild-hybrid B5 powertrains offered in the XC60 and XC90 ranges proving particularly popular with local buyers.

Local interest in EVs has been muted, with only about 1,000 of the 12.7-million cars on SA’s roads electrically powered. Consumers are put off primarily by their high prices, long charging times, their relatively limited ranges, the perceived shortage of charging stations, and the instability of Eskom’s power supply.

Greg Maruszewski, MD at Volvo Car SA, says that the growing demand for Volvo’s electrified vehicles, as illustrated by the sharp increase in the share of Recharge models in the company’s total sales, shows the firm’s current mix of powertrain options is well suited to the local premium market.

“Our April performance is indicative of a growing local calling for more electrified vehicles. The share of Recharge models — which will soon be further bolstered by the arrival of the single-motor XC40 P6 Recharge — will continue to grow as Volvo increases its production capacity of plug-in hybrid and fully electric cars, and local interest climbs higher still,” explains Maruszewski.

Volvo Car SA’s figures were achieved despite the broader industry grappling with supply constraints and stock shortages, and despite April traditionally being a relatively slow sales month in SA owing to the high number of public holidays.

“By 2025, Volvo aims for 50% of its global sales to consist of fully electric cars, with the other half comprising hybrids. With an electrification strategy in place here in SA, we’re helping climb towards this goal while satisfying growing local demand for premium electrified vehicles,” concludes Maruszewski.