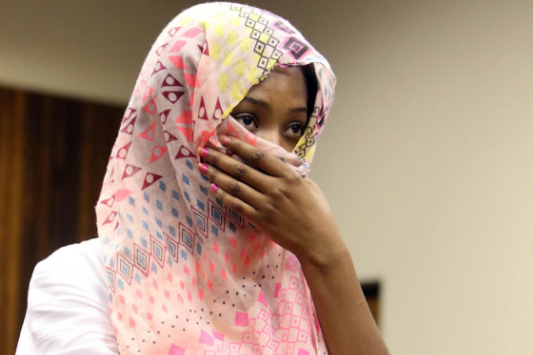 The release of Sindisiwe Manqele on parole has divided opinions and sparked debate online.

Manqele stabbed Skwatta Kamp star Nkululeko “Flabba” Habedi in the chest at his Alexandra, Gauteng home in 2015. She pleaded not guilty to murder, saying she had acted in self-defence, but was sentenced to 12 years’ imprisonment for murder.

The department of correctional services said Manqele was released on parole this week after serving a portion of her sentence.

It said the decision was taken by the correctional supervision and parole board after it assessed Manqele’s profile for parole consideration.

“In arriving at its decision, the parole board took into consideration that Ms Manqele has a positive support system. Her parole placement is in line with section 73 of the Correctional Services Act, which determines the minimum period of sentence that must be served before consideration may be granted for possible placement,” said correctional services spokesperson Singabakho Nxumalo.

Nxumalo said Manqele had taken responsibility for the offence and was remorseful.

“This was bound to happen. She is out. I have healed. I have accepted things a long time ago. I’m at peace with the whole thing. My mother, I presume, is also at peace with it. I spoke to her and she said there is nothing we can do. If we dwell on that we will be going backwards.

“We have forgiven her. That is the only way we could move on. If we had not forgiven her we wouldn’t move on.  It was very hard, trust me, but we had a conversation as a family and made that decision.

The decision sparked debate on social media, with some suggesting she should have served her full sentence in jail, and others saying she was eligible for parole and should be released.

Two different cases sisi, the other one was intentional and the other one was a mistake… so that nonsense you are writing there. Flabba was making money and/or maybe he was a breadwinner in his family so you’d understand what the girl did to his family.

She did her time. Maybe Flabba's family forgave her. RIP Flabba🕊 https://t.co/bv5uAOqZ3t

To you...
She's served her sentence.

Flabba’s murderer (Sindisiwe Manqele) after a mere 6 yrs behind bars gets paroled - no wonder we can’t a move forward on GVB.
Murderers get a mere slap on the hand from our prison system.#Fullterm for all murderers.

Hehehe I am laughing at those that think Flabba's killer "Only spent 7 years in jail" implying it is a short period in prison. Mina I think even a month is a long time in jail. I would die even if I was to be sentenced to 1 week 😭😭

Did she not serve her sentence?