Tshego unimpressed with Cassper Nyovest for saying he inspired Focalistic 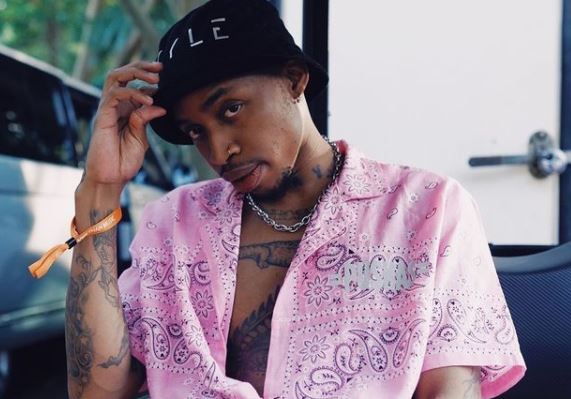 Tshego said Cassper needed to know he was just a vessel used to put others on and no praise was needed for what is God's doing
Image: Tshego/ Instagram

Rapper and singer Tshego has weighed in on Cassper Nyovest's mentioning Focalistic in a verse in his latest hip-hop feature.

Though the rapper has come out to say it was not a diss track, the chicken have come home to roost.

Taking to his Instagram stories Tshego came out guns blazing against Cassper.

“Only egotistical men who lack confidence will fix their lips to tell another man they put them on,” wrote Tshego.

He mentioned that his mentor late rapper Riky Rick did not like the spotlight to be on him if he contributed to someone's shine. 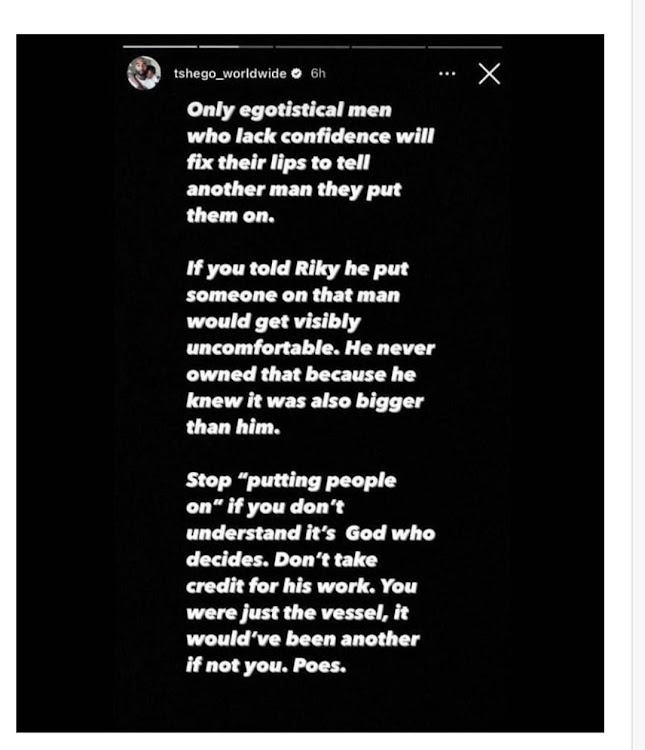 Tshego said the rapper was being egotistical for mentioning that he inspired Focalistic
Image: Instagram/ Tshego

“If you told Riky he put someone on that man would get visibly uncomfortable. He never owned that because he knew it was also bigger than him.

Stop “putting people on” if you don’t understand it’s God who decides. Don’t take credit for his work you were just a vessel, it would’ve been another one if not you.”

In the song, the rapper touches on how much of an inspiration he is to artists and mentions Focalistic as well.

Focalistic went live on Instagram, saying: “While he did inspire me, inspiration doesn't have invoice.

“There's no way I can pay you for inspiring me. Michael Jackson inspired me as well. I could pay him, but he's passed on. So if you inspired me, sharp bro, but I'm live at the Eiffel Tower now. From Pretoria to Paris. You actually supposed to be inspired by me. That will never change.”

Replying to the live Instagram video, Cassper said the song was not a diss track.

“Wasn't a diss. All I meant was that I was proud to have inspired an artist like him who is flourishing like he is. He said it himself that he was inspired by me so it was nothing new but now shit's weird now. He should've responded with a song if he wanted to take it there.”