“After 22 years in the music industry, I feel like I've done it all” 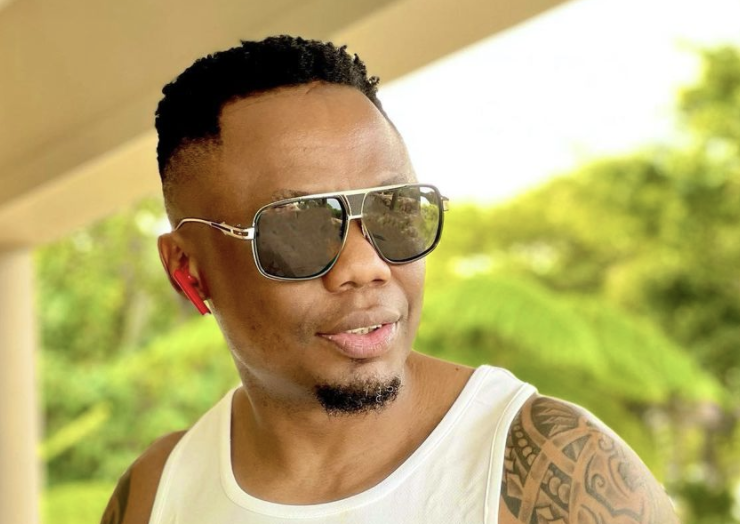 Musician and producer DJ Tira has released his second studio album Rockstar Forever, and the star told TshisaLIVE that it is now time for him to focus on his success as a leading artist in Mzansi.

Tira explained that with all his years of experience under his belt, he believes he is a living rock star.

“After 22 years in the music industry, I feel like I've done it all but yet again I am still here: plugging artists, giving new artists a chance, keeping my company alive, pushing the artists in my company. I am a man who is doing a lot of things alone. For everything that I have done until now, I really feel like a rock star and I am going to be here for a while,” said DJ Tira.

After years of producing music for some of Mzansi's biggest names, DJ Tira felt that it was time to bring the focus to maintaining his brand.

“It's time that I focus on DJ Tira and also produce a lot of music for DJ Tira. I also think I am at the peak of my career. Making beautiful music to dish out to people is always something that excites me and that's why I thought 'let me release more music for DJ Tira and keep growing my brand” he said.

The star also believes the album will showcase another side of his music talents. Speaking about catering for a wider audience, Tira also hopes to keep Gqom alive in a world where amapiano has tongues wagging.

“It sort of touches your soul better than the music that I have produced in the past. I went into the studio with a gospel artist to produce a song that older people will appreciate. And I also got into it with younger people who rap. I'm trying to cater for the old, for the young, and I am trying to keep the genre Gqom alive. When 'piano is doing so well, I am still brave enough to produce Gqom music and keep it moving,” DJ Tira said.

The star also launched the app YouDeh earlier this year, offering fans the opportunity to connect with their fave celebs. DJ Tira said that he saw the need for the app because fans and celebs have difficulties when interacting.

“It's so hard to reach out to celebs. It's also hard for celebs to filter out who is serious about talking to me and who's playing games. So, if someone can spend their hard-earned money to speak to me, then maybe that person deserves a chance of speaking to me,” said DJ Tira.

With the coronavirus still in our midst, Tira wanted to also offer celebs another way to make cash while the Covid-19 pandemic places limitations on the entertainment industry.

“In these times, where there are less opportunities to perform and make money, if there are opportunities like an app where artists and celebs are able to make money, then it's all good because at least we are getting some money when Covid-19 is trying to destroy us,” he said.