Mzansi reacts to 'Rhythm City' being canned after 13 years

'I've worked with Rhythm City since 2011. This is heartbreaking. The family that brought you so much heart, soul and truth coming to an end,' Thishiwe said 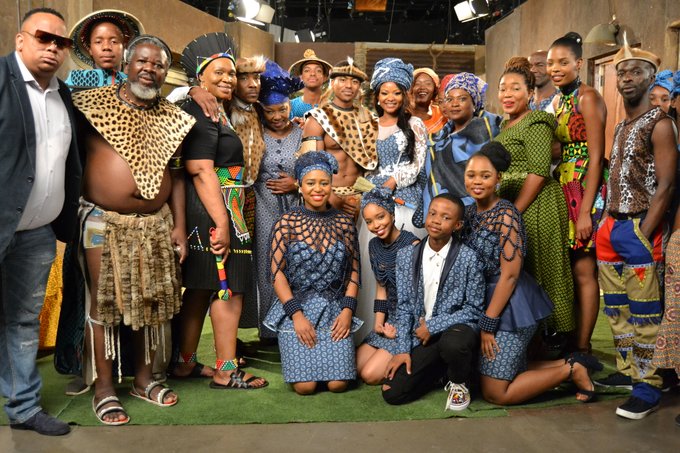 It has been confirmed that after 13 years on air, e.tv's Rhythm City is coming to an end and Mzansi is heartbroken for cast, crew and loyal fans of the soapie.

The channel announced the news on Friday in a statement. It said the decision to decommission Rhythm City was part of a business strategy which included reviewing the show's on-air life cycle.

“e.tv continues to look forward to fulfilling its mandate of producing exceptional and relevant local content, and the production has successfully achieved its part of the obligation throughout the past 13 years.

"Rhythm City has secured its place in e.tv's history books, and a legacy mark has been made. We want to extend our gratitude to the entire production staff, crew  and cast for their incomparable craft,” said Marlon Davids, e.tv managing director.

Even though the show was not at the number one spot with viewers, it did pull in a decent number of viewers over the years. At its peak it raked in 5.2m adult viewers this year, and has been consistently ranked among the top 10 most-watched soapies in SA.

Rhythm City will be replaced by another local daily drama and its last episode will air on July 16 2021.

Over the last few months the show also lost some of its long-standing leads, including Jamie Bartlett (David Genaro), Samkelo Ndlovu (Lerato) and Amo Chidi (Rene).

Fans were shocked and heartbroken over the news.

I'm really hurt by the news that #RhythmCity is coming to an end on the 16th of July 2021. I've been watching the show since its inception. I guess all things come to an end. But this is really sad. 😭😪💔

It still doesn't make sense why they had to cancel an fan favourite drama. I've stuck around since the beginning and up until now. Well, you know what they say, all good things come to an end. Unfortunately. Let's hope next year, it ends on a high note. #RhythmCity

My heart is so sore to be losing such an authentic soapie in our screen. It launched so many talents and played local music without fail.
I’m actually saddened by this ending.
They really had a good run!!
Asante to the entire team of #RhythmCity https://t.co/QkdeuuOHrQ

The decision to end the soapie also sparked a reaction from Rhythm City's cast and crew and their industry mates.

Actress Mapula Mafole, who plays Mapula on the soapie, seemed heartbroken, while Thishiwe Ziqubu said a young prayer for the cast and crew to find other jobs.

Yho this year has been such an emotional roller coaster 😭

‘See if I will not throw open the floodgates of heaven and pour out so much blessing that there will not be room enough to store it.’
- Malachi 3:10