Mbalula challenges Malema to a roast 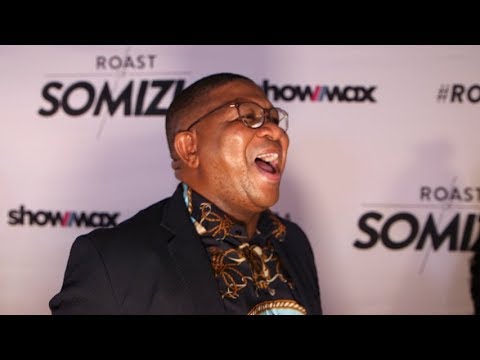 Fikile Mbalula was part of the panel of the Comedy Central Roast of Somizi Mhlongo and said he wouldn’t mind facing off against Julius Malema.

Mbalula said at the live show at Gold Reef City last week that if he had to roast another politician he’d choose EFF boss Malema.

Mbalula said he was the panel’s number one target on the show because he is a politician.

Razzmatazz took a fair amount of shots about being "jobless" and his alleged links to the controversial Gupta family on the show.

“Being a politician‚ you wouldn’t find us in spaces like this.

“You wouldn’t, under normal circumstances, have someone from my background coming for stuff like this because politicians are too allergic.

“So everything‚ even if it is humour‚ to them is serious.”

TshisaLIVE hit the red carpet at Comedy Central’s Roast of Somizi to find out all there is to know about the event, where Fikile Mbalula challenged EFF leader Julius Malema to a roast. Subscribe to TimesLIVE here: https://www.youtube.com/user/TimesLive

When asked who he’d like to go to battle with‚ Juju was the first name that popped up.

“Soon. We’ll have another [roast] soon. Within a year. I’m placing that on record.”

It’s been called the Comedy Central Roast of Somizi. But, after the attack on Ntsiki Mazwai‚ the audience members who were at the live show at Gold ...
Lifestyle
3 years ago