Ibhayi Brewery gets R270m boost to ramp up production of Redds, Flying Fish 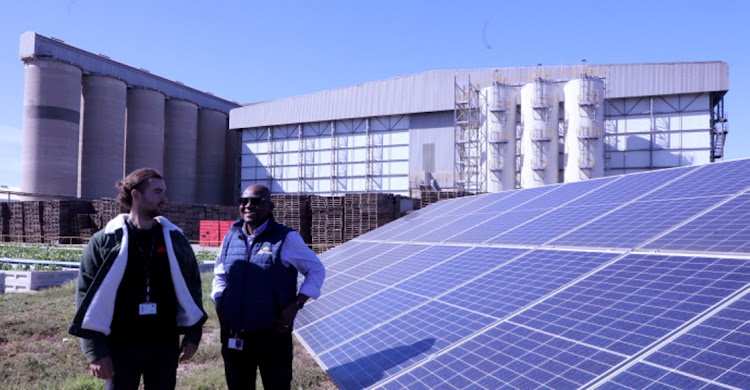 LET IT FLOW: SAB project manager James Beale, left, and Ibhayi Brewery plant manager Thembinkosi Thwala. AB InBev is to pump R270-million into the Perseverance brewery this year, with more to come, as part of a R920-million investment in Gqeberha and Durban
Image: FREDLIN ADRIAAN

The world’s largest brewer is poised to increase production of two of its popular beverages — Redds and Flying Fish —  with a huge R920-million capital injection into its Gqeberha and Prospecton breweries.

AB InBev will pump R270million into the Ibhayi Brewery in Perseverance this year with further investment in the pipeline.

The investment was first revealed at the recent SA investment conference hosted by President Cyril Ramaphosa and underlines AB InBev’s commitment to its operations in the Eastern Cape.

Operating under the name Project Beyond, the capital injection will capitalise on the growth of flavoured alcoholic beverages in the SA market by increasing brewing capacity.

The aim is to ramp up production of the company’s “beyond beer” category, which includes flavoured alcoholic beverages.

SA Breweries’ Ibhayi Brewery plant manager, Thembinkosi Thwala, said the company was encouraged by the growth in popularity of its beyond-beer products.

“This investment is an opportunity to satisfy increased demand while increasing the economic and social impact we can have in the region,” he said.

SAB operates as a subsidiary of the multinational company after a $122-billion (R1.92-trillion) takeover of SABMiller in 2016.

The Ibhayi Brewery injection follows a R2-billionn capital investment the company committed for its 2021 financial year.

At the time, the company said upgrades to its facilities were geared towards product innovations.

Thwala said the increased capacity would initially create about eight new permanent jobs in the business with more than 100 local contractors to be used for the construction and expansion of the brewery.

He said SAB planned to break ground on the project in June and it was expected to be completed in August or September next year.

“We are excited to rally the community to stimulate the local economy,” Thwala said.

“The Eastern Cape has always been close to our hearts.

“We have numerous innovative and remarkable community projects through our Ibhayi Brewery.

“We anticipate that this expansion will create more capacity for us to make a bigger impact on the community.”

SAB has committed to invest R650-million into its Prospecton Brewery, south of Durban — adding impetus to an industry that already contributes 1.3% to the national GDP.

“These investments will give us the capacity to not only contribute to the economy but also be able to contribute to tax, excise and procurement spend.

“From province to province, we are committed to playing a pivotal role in working with government and social partners to continue helping SA grow,” Thwala said.

Speaking at the investment conference last month, SAB CEO Richard Rivett-Carnac said the investments in the plants were the company’s commitment to assisting the country’s recovery.