Coega recognised as Employer of the Year 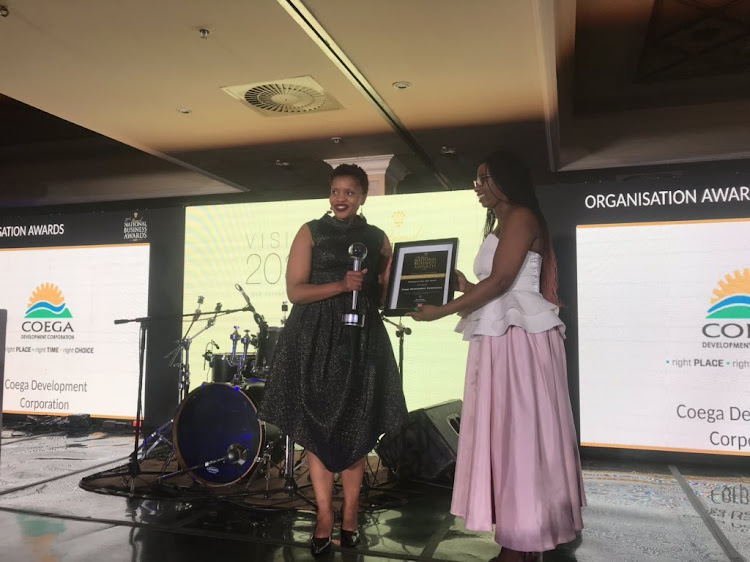 The Coega Development Corporation (CDC) was named Employer of the Year at the 17th annual National Business Awards in Ekurhuleni on Thursday evening.

Considered the Oscar of South African business, the awards determine who is the best of the best in the world of business.

CDC unit head for human resources Zola Ngoma said the award meant a lot for the corporation, as it spoke to how determined it was to ensure that it remained on top of its game, and that it was determined to provide a conducive environment for its employees.

The business awards recognise achievements by companies in a host of focus areas, including sustainability, customer focus, tech innovation and fast growth.

With its rigorous research and criteria, the accolade is recognised as a benchmark for business excellence.

The CDC was established in 1999 as an industrial development zone (IDZ) and in 2017 became a special economic zone (SEZ).

CDC marketing and communication head Dr Ayanda Vilakazi said this spoke to the organisation’s vision as the catalysts for championing socioeconomic development.

“In this competitive category, the CDC faced stiff competition from the likes of Nielsen SA and Sernick Group.

“As the CDC we are quite pleased with this prestigious award. It has been a year filled with difficulties, often swimming against the tide, and acknowledgments of this nature are fulfilling to our employees and stakeholders who continue to support us. We look forward to defending the award next year,” Vilakazi said.