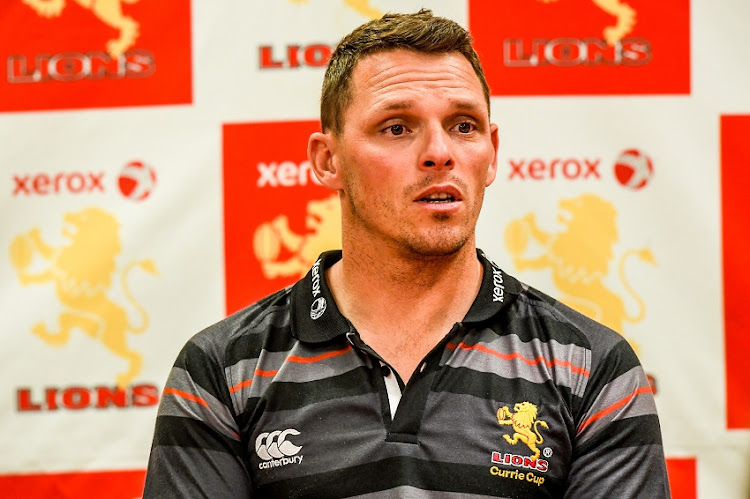 The Lions are still waiting for new recruit Willem Alberts to prove that his body can stand up to the rigours of Super Rugby.

That means his comeback remains on ice as the Lions go into this Sunday’s Super Hero clash against the Bulls in Soweto.

Alberts‚ who is back from France where he played over the last few years‚ is back in Johannesburg where he started his provincial career.

But first‚ the Springbok has to come through rigorous medical assessment.

Lions coach Ivan van Rooyen explained that flanker Alberts has to come through his medical before he can be cleared‚ and before agreement with his previous employers Stade Francais can be reached.

In the meantime‚ the Lions will play their last competitive match before the start of Super Rugby with another returning Springbok‚ Jannie du Plessis‚ in their starting line-up.

Du Plessis‚ who like Alberts played for the Sharks before leaving for France‚ will pack down at tighthead next to Pieter Jansen and Dylan Smith.

He will bring huge experience to the position but it is moot whether he will keep young Carlu Sadie out of the first XV.

Sadie will be doing duty for the Lions XV against the Blue Bulls XV at Loftus on Friday.

The team has a healthy blend of youth and experience with several players who have served the Bulls now campaigning this side of the Jukskei River.

One of the exceptions‚ however‚ is former Western Province player Tiaan Schoeman who joins the Lions after a stint with Sydney’s West Harbour club.

The fact that he has already worked his way into the starting line-up has raised a few eyebrows.

“Being over in Oz I think he tasted the real life out there. He was fortunate enough‚ in my opinion‚ to work as well so he came with an unbelievable mind set.

“With Andries Coetzee not being back yet and Tyone (Green) missing the first couple of weeks in pre-season he (Swanepoel) slotted in at 15 and really trained well.

"He also has a special long boot on him‚” explained Van Rooyen.

With regular captain Warren Whiteley sidelined for the campaign the team will be captained on Sunday by flyhalf Elton Jantjies.

A captain for the season will only be named on Monday.

Cronjé may have to undergo surgery but if so‚ would only require a minor procedure on his ankle. Dayimani came back from the Blitzboks with a minor niggle and his absence is precautionary. Jonker is expected to return to action by the second week of the competition but Herbst‚ who injured himself in pre season‚ will be out for some time.

Lombard is expected back in April‚ while Nothnagel has what coach Ivan van Rooyen described a mild concussion.