Nothing friendly about SuperHero Sunday for Bulls and Lions 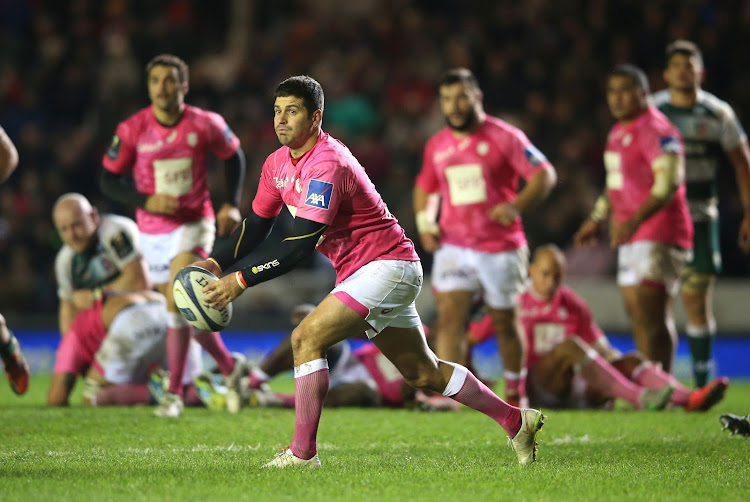 Former Stade Francais flyhalf Morne Steyn will be one of the stars on show for the Bulls in SuperHero Sunday
Image: David Rogers/Getty Images

There will be nothing friendly about SuperHero Sunday for the Bulls when they line up against the Lions in the pre-season derby encounter at FNB Stadium.

Juandre Kruger‚ Morne Steyn and Josh Strauss are just some of the seasoned rugby heads that will be starting for the Bulls as they've decided to mix and match their youth and experience.

Bulls coach Pote Human said the benching of Manie Libbok was a case of knowing what they have in him while Steyn is in great physical shape.

“Everyone knows what Manie is capable of but I'd like to see what Morne brings. He's fit and when he came back‚ he was in excellent condition.

"We'll give him an opportunity and we'll do the same with Manie as he's very good when he's got space to work with. So we'll see what happens when we give him a run‚” Human said.

With Springbok props Lizo Gqoboka and Trevor Nyakane not starting‚ Simphiwe Matanzima and Wiehahn Herbst will be packing in the front row with Jaco Visagie at hooker while Muller Uys and Wian Vosloo start at flank.

Nyakane was injured during the Springboks' opening Rugby World Cup game against New Zealand and subsequently missed the rest of the tournament.

“He's working very hard on his rehab and I hope he'll be ready to fall in with us next week and be available for the Sharks game‚” Human said.

The Bulls backs have a strong look to them with Cornal Hendricks starting at 13 with Johnny Kotze filling in at right wing.

Warrick Gelant will start at fullback while Rosko Specman gets to play in his preferred left wing position.

Embrose Papier will be on the bench deputising for Ivan van Zyl while the squad will be captained by Burger Odendaal for the season.

“There's a lot of excitement‚ especially with the younger guys in the team. There are a lot of youngsters getting an opportunity to play on the senior stage. We've had a pretty long pre-season‚” Odendaal said.