What did they do to suffer brutal deaths, families ask after two KZN matric pupils die in axe attack Matric pupils Nqobile Zulu and Minenhle Buthelezi died after an attack at their cottage on Saturday night.
Image: Supplied

What did two Ginyane High School matric pupils do to deserve such brutal deaths?

This is the question plaguing family members and friends of Nqobile Zulu and Minenhle Buthelezi, who were attacked in their rented cottage not far from their school in Madzikane village, near Ixopo in southern KwaZulu-Natal, on Saturday night.

The teens were hacked with an axe. Zulu was left for dead in the cottage, while Buthelezi’s body was taken about 5km away and left in a ditch.

Zulu died while being rushed to a nearby hospital on Sunday. Buthelezi’s body was discovered after a search by community members on Tuesday morning.

Zincane Memela, 88, who owned the cottage in which the two girls lived, said the incident happened while she was in the main house.

She said another schoolgirl who lived in another section of the cottage received a chilling message that they would be attacked. 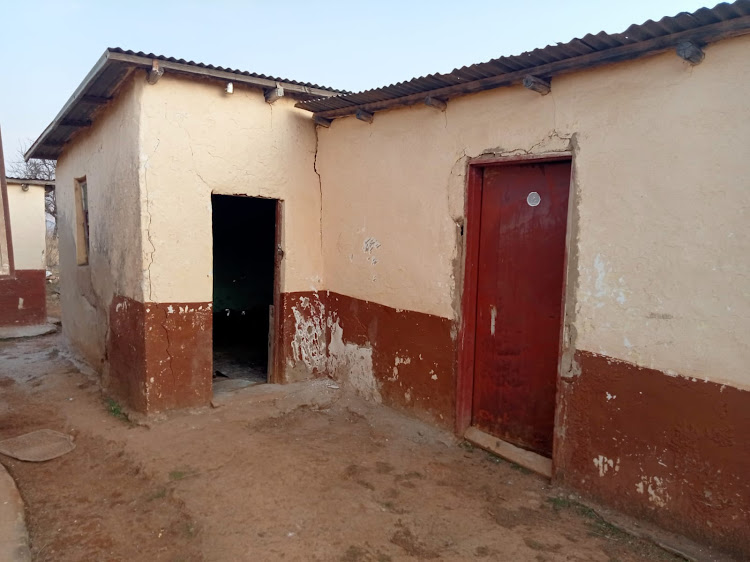 Memela said some time during Saturday night, someone banged on their door and  electricity was disconnected in one of the cottages. This is when the attacker is believed to have gained entry into the girl’s cottage.

A bloodied doek belonging to Zulu was later found in the back garden.

She said recently, in an unrelated incident, two gun-toting men had tried to cause trouble in the area but faced the full wrath of the community

“These men had invaded the village with the aim of killing people. I wish the community had also been this quick to react,” said Memela.

Memela said earlier this year, when the two girls knocked on her door pleading for accommodation to be close to their school, she was initially reluctant to take them under her wing.

“I was in two minds because sometimes when I have girls living here, there are always boys who often mill around the home trying to get the attention of the tenants.”

However, she took pity on the girls and rented the cottage to them so they could be within walking distance to the school.

“They were good girls. Sometimes things got so tough that they struggled with the supply of food. I would step in,” said Memela.

A tearful Buthelezi sat on a mattress in a rondavel in uMzimkhulu and said her granddaughter’s death came days after she had told them she had passed the second term of her matric year.

“We never expected something like this because she was a smart and hardworking girl who kept to herself. She was not like other girls who would often be out and about. She was always at home.”

No-one can never tell us the exact circumstances. A part in us feels maybe Nqobile had tried in vain to protect her roommate

She said her last encounter with her had been at a funeral in Durban a few weeks ago.

She said another son who had the grim task of identifying her body was too overcome with emotion and was unable to talk.

“He says he has never seen so something so cruel,” she said

In the Shusha area near Centacow, Nqobile's aunt Staff Zulu, 50, said the family were hurt by her brutal death.

“These are the things we see on TV. We are hurt,” said Zulu.

She struggled to understand why someone would want to kill her niece.

“No-one can never tell us the exact circumstances. A part in us feels maybe Nqobile had tried in vain to protect her roommate.”

She described her niece as a neat and reserved girl who often struggled to come out of her shell. 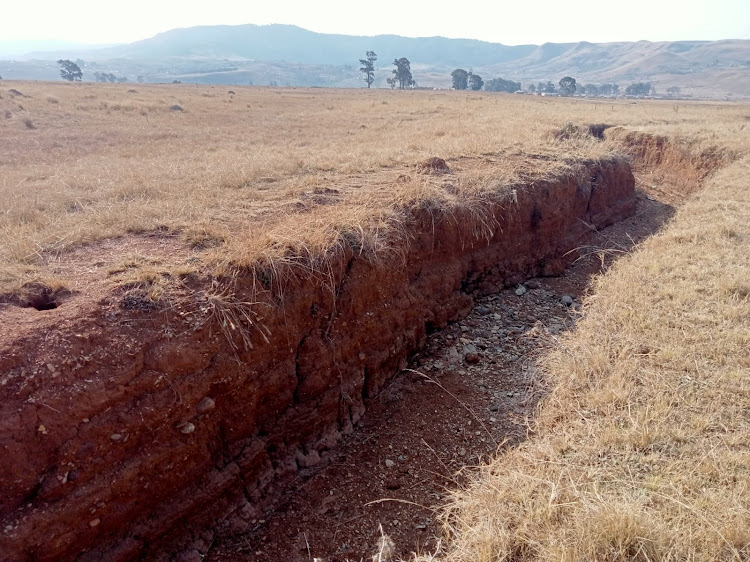 The ditch in which community members discovered the body of 18-year old Minenhle Buthelezi, about 5km away from where she and her school friend Nqobile Zulu were attacked.
Image: Mfundo Mkhize

He said the search led them to a ditch about 5km away from the cottage in which the girls were attacked.

“We are in the dark about how the suspect walked kilometres and ended up dumping the girl’s body. It's even more horrific that the incident happens at the start of Women’s Month.”

He said the suspect who was arrested had tried flee police custody while pointing out where Buthelezi’s body had been abandoned.

Police did not immediately respond to queries.