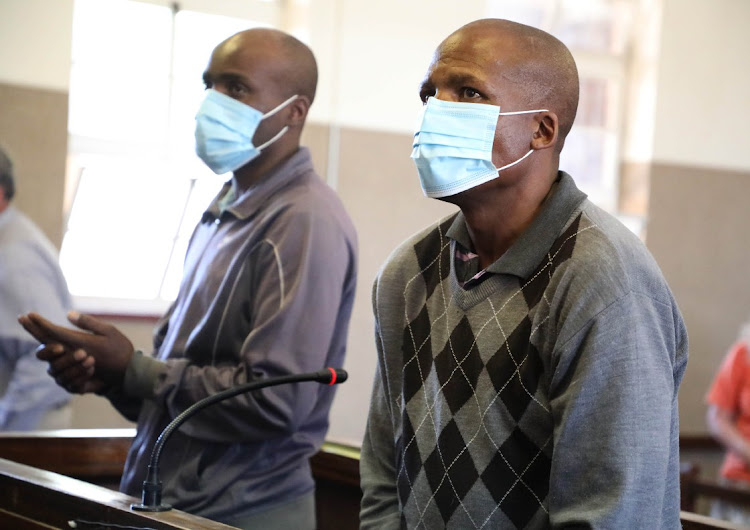 Sekola Matlaletsa and Sekwetje Mahlamba were found not guilty on all charges related to the murder of farm manager Brendin Horner. File photo.
Image: ANTONIO MUCHAVE

The group is considering private prosecution after the accused were found not guilty of all charges by the Free State High Court sitting in Bethlehem.

Sekwetje Mahlamba, 32, and Sekola Matlaletsa, 44, were facing charges of murder, robbery and stock theft. The two men were arrested after Horner’s murder in October last year.

AfriForum said farm murders needed to be categorised as a priority crime to ensure cases are solved without interruptions. It said Horner and other victims of farm murders deserved justice.

The group also raised suspicion about police involvement in stock theft syndicates in the province, saying such claims had been making they rounds for a long time. It also said the delays in some aspects of the case were concerning.

“If you take that into consideration, it is shocking that it apparently took the police a year to realise the DNA found at the scene does not match that of the accused, especially after one of the accused had already admitted to being involved in the murder,” said campaign manager Jacques Broodryk.

The body of the 21-year-old farm manager was found with injuries on his head and face and was tied with a rope around his neck to a gate. His bloodstained Toyota Hilux bakkie was later found abandoned at a nearby farm in Paul Roux.

Delivering judgment on Friday, judge Cagney Musi said there were contradictions and lies in the evidence of state witnesses.